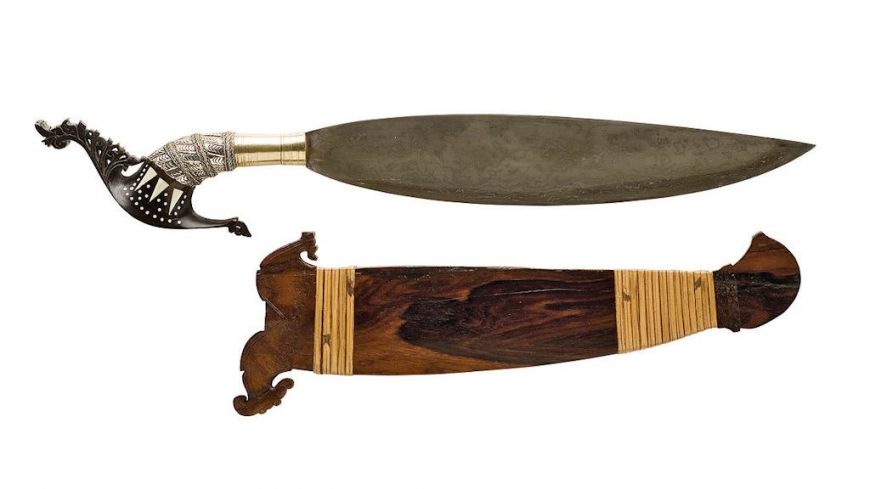 The Barong (or Barung) machete is a traditional weapon of the Tausug Moro of Sulu and it makes part of the Parang family. It has variable size (30 to 60 cm) and it has origin from Philippines archipelago, particularly from Mindanao and the Sulu Islands.

This weapon is characterized by a leaf-shaped blade, with a wider central part, and the handle that ends with a pommel with a shape that looks like the cockatua (the parrot that populates those regions).
In some very rare specimens the blade has a false edge that tends to extend 1/3 of the length of the blade from the tip. 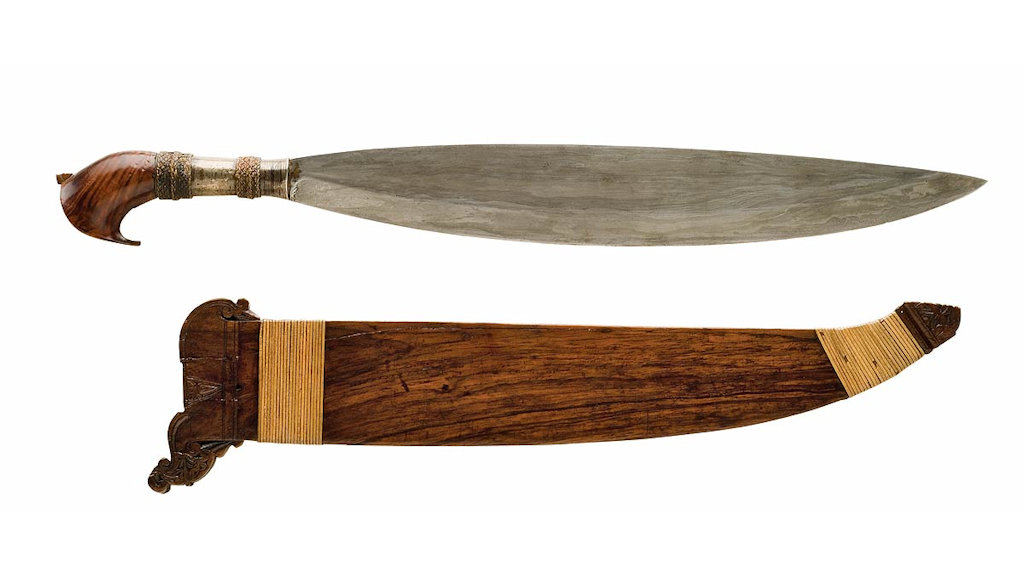 The handle material and pommel varied depending on the application, but primarily depending on the social class to which they belong. This materials ranges from less noble wood to Philippine ebony (kamagong), from brass to silver, until carabao horn and ivory.
Furthermore the barong belonging to higher social classes persons, in addition to being finely carved, it had a larger and elongated cockatua pommel. Instead those for the lowest social classes or those for combat uses, had a less elaborate and smaller in size cockatua pommel, with less emphasized crests or beaks.
The sheath was made from two pieces of wood plates, that are lashed together with rattan. Depending on its uses (ceremonial or combat) it had or not decorations and inlays, usually in mother of pearl.

The Barong, as well as utility tool in everyday life (for agriculture, for cutting meat and fish, to thin out the vegetation, etc.), became famous in West because it is the favored weapon of Moros warriors ( in particular of Tausug population) for close combat.

Glossary of the Construction, Decoration and Use of Arms and Armor in All Countries and in All Times - George Cameron Stone