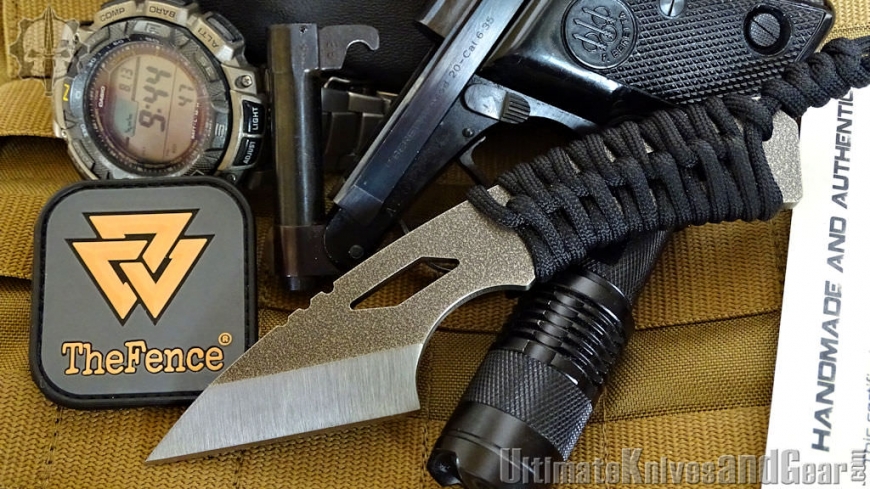 The Kobura, born from Claudio Colombo's design, is a small utility knife in kiridashi style produced in limited edition.

From collector to author of reviews, to designers: the step was short for Claudio Colombo who, in a short time, decided to put his passion and experience to use by designing his own knife, the Kobura.
Inspired by the kiridashi, the Kobura (cobra in Japanese) revisits the essential lines of what was originally a typical Japanese instrument used to carve wood, but also a small daily utility knife used (especially by children) to sharpen pencils , cut paper, ropes, etc.

The Kobura, an EDC with an aggressive and appealing appearance, is made of D2 steel hardened to 59-61 HRC; the knife is equipped with a short chisel grinded blade (61 mm) and extremely robust (thickness 5.5 mm). On the back there is a practical anti-slip knurling for the thumb. On the side without bevel is the Valknut, a Norse symbol used as the logo of TheFence. 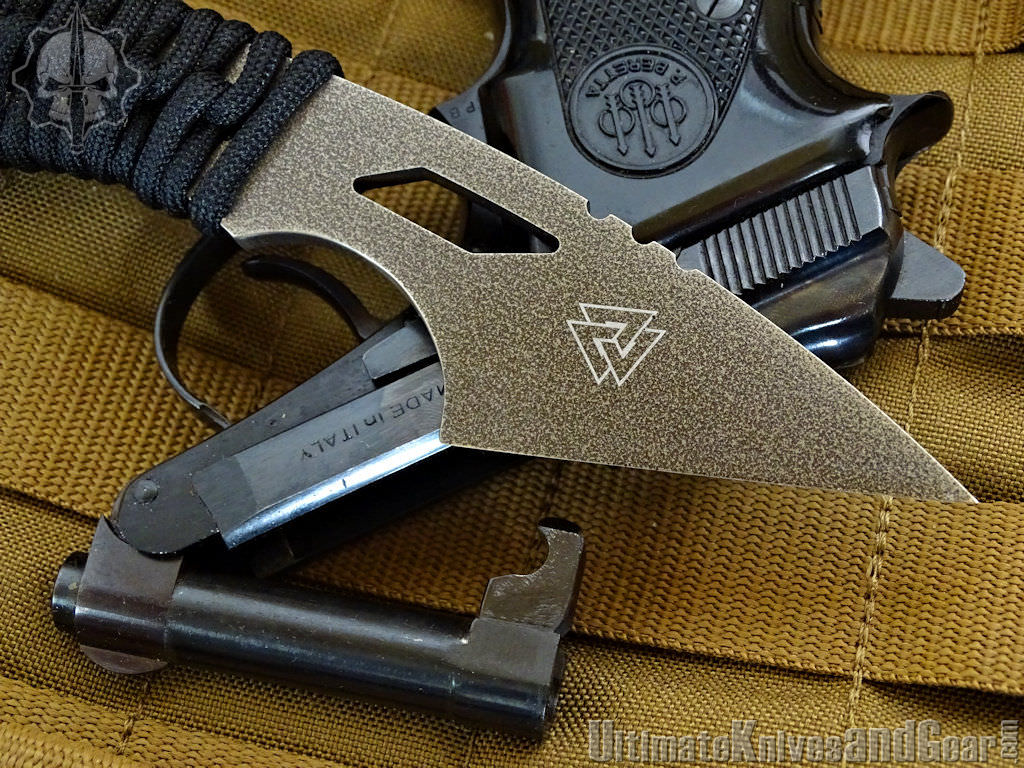 The skeletonized tang is characterized by a curved profile which, with a single arch, extends to the tip of the blade; it is possible to choose between the version with the tang covered with a paracord wrap (available in black or coyote) and the “naked” version (in this case the paracord is supplied non-braided, so as to allow to wrap the handle later).
The small EDC has a raw finish, which gives the Kobura a lived-in appearance. 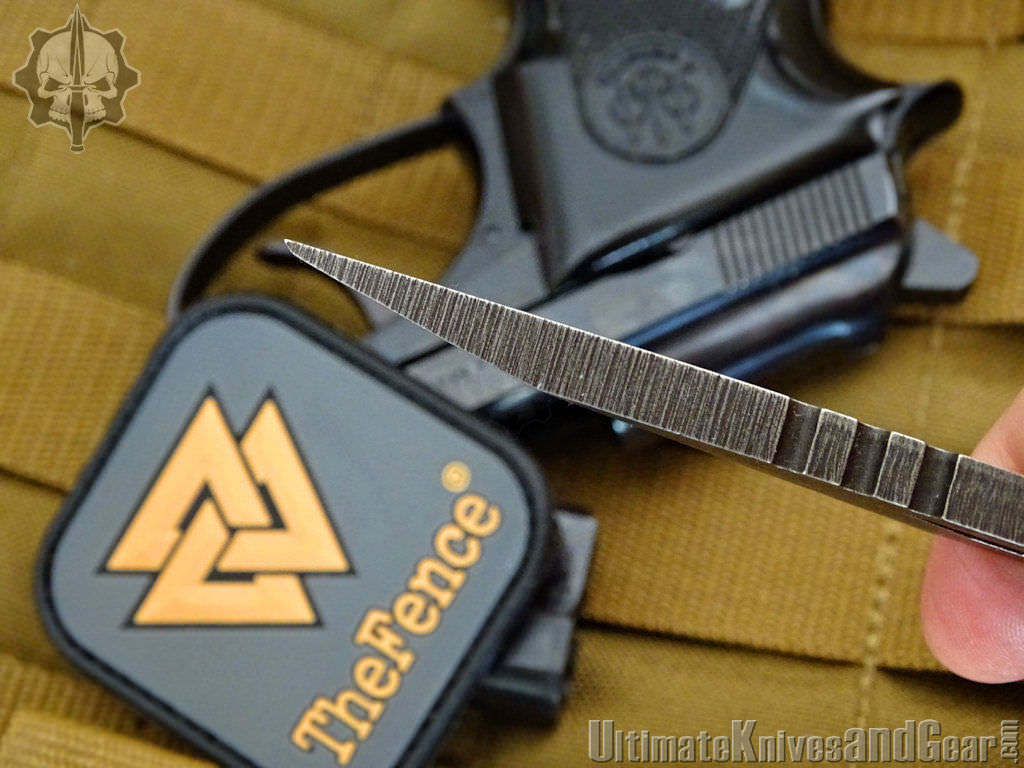 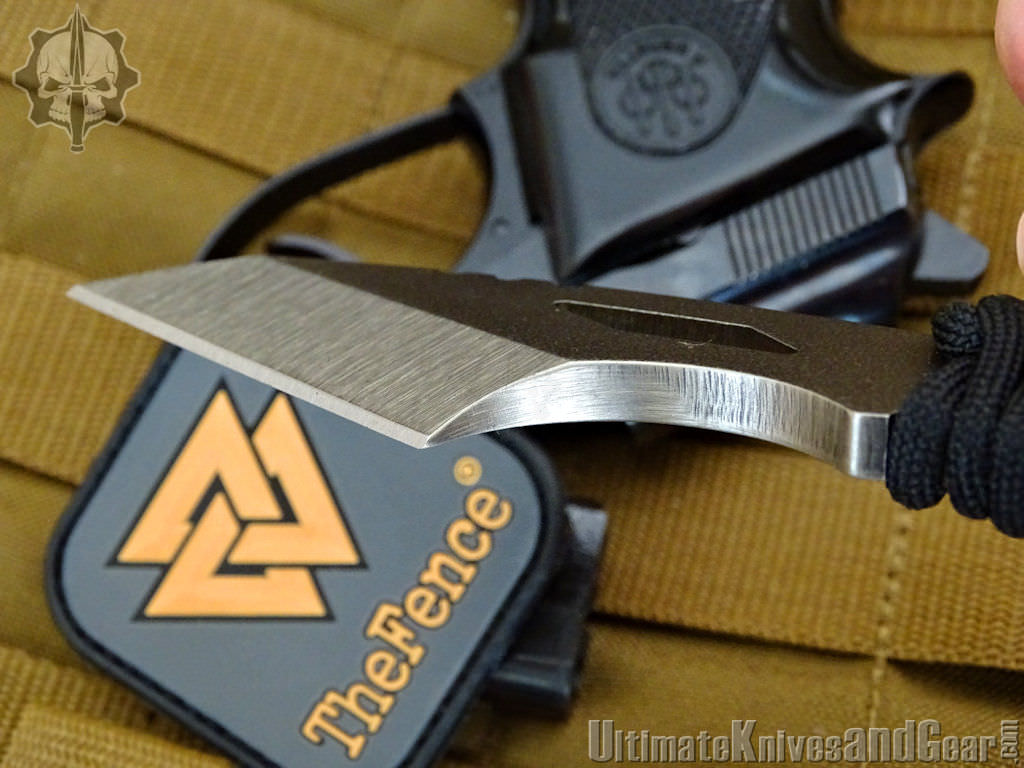 Compact and lightweight (with its 107 g - half of a 5 "smartphone), the small knife is extremely handy. The knife comes with a small kydex sheath; no hooking systems have been provided, but the sheath is structured so as to be able to use a neck chain, or a simple clip for carrying it to the belt. 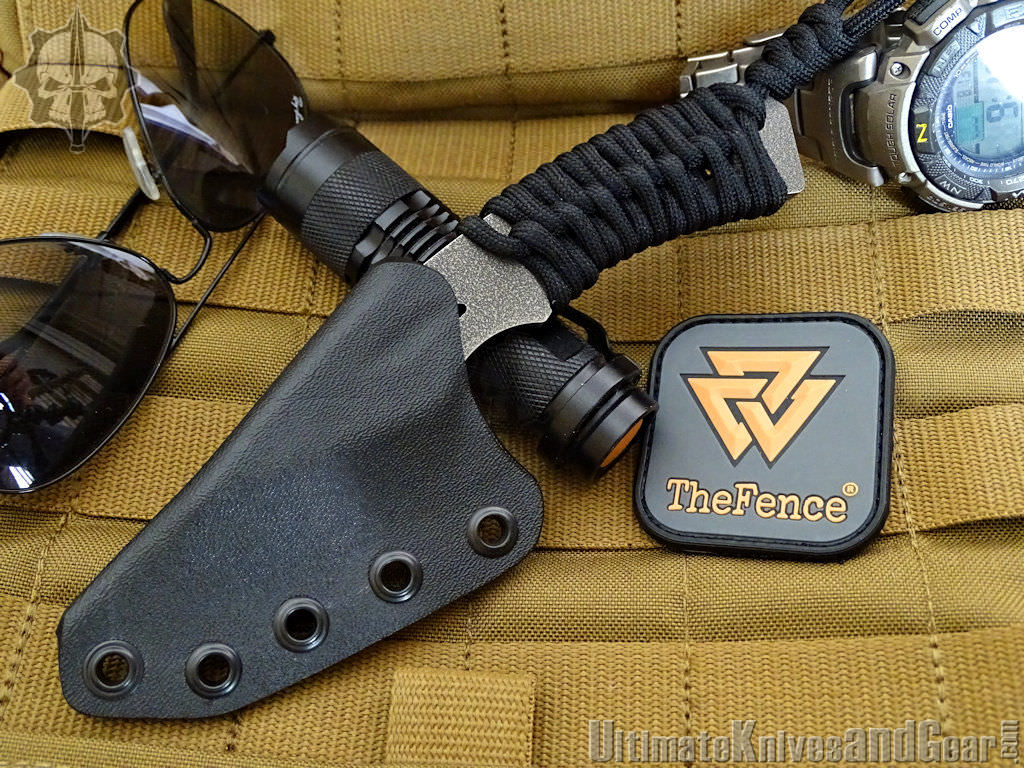 The knife is handmade by an Italian company that has operated as a subcontractor (and provides the product warranty) based on Claudio Colombo's specifications and design, and is marketed by TheFence, a team of shooting instructors with different specialties and experiences. Claudio attended courses with Rob Pincus (of which he is one of the two instructors in Italy), Gabriel Suarez and Scott Reitz (formerly L.A. Swat and instructor); one of the partners is an Active Shooters Response instructor, and another one has deepened Israeli techniques.
The Kobura retail price is 100 euros, and can be purchased directly by contacting TheFence at This email address is being protected from spambots. You need JavaScript enabled to view it. or via the Instagram page @thefencetraining