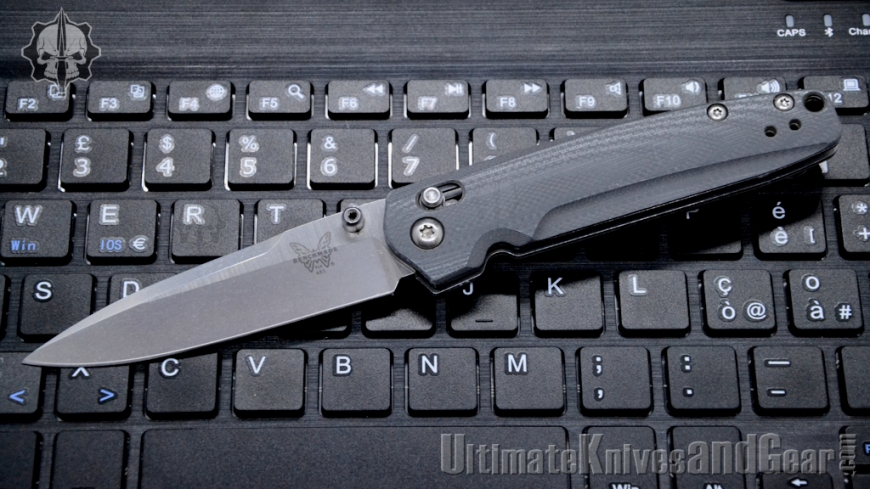 Simple and discreet, these are the peculiarities of the Benchmade Valet: probably less known than other models belonging to the Blue Class, but elegant enough to deserve a version for the Gold Class.

The name Valet is suited to the discreet look of this knife, impeccable in appearance and in the performances. As mentioned at the beginning, the Benchmade Valet is less known compared to other models, perhaps for the simplicity of its lines or for the gray "dress" that accompanies it, but looking at it more carefully or better still handling it, you realize instead that it is a respectable gentleman's knife. 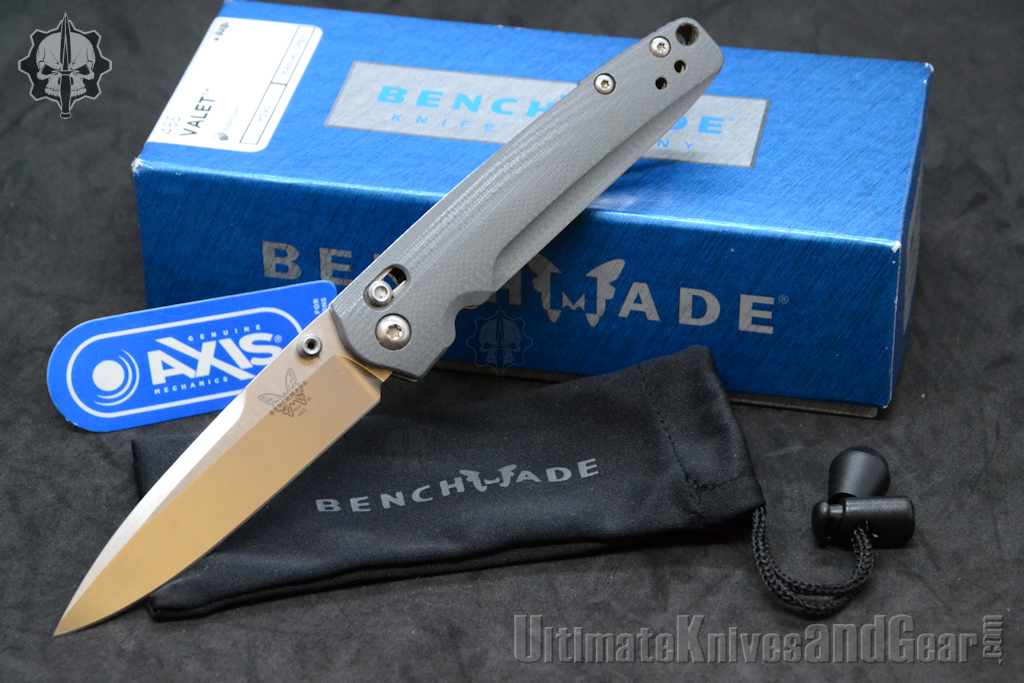 Benchmade doesn't skimp on the quality of the steels used on their knives and for the Valet the BÖHLER M390 stainless steel (hardened to 60-62 HRC) was selected.
The blade profile is drop point, and its shape is even more slender thanks to the swedge that occupies almost the entire blade spine. The blade length is 75 mm and has a satin finish. The blade spine is devoid of the usual jimpings, a detail that would have provided both a practical and aesthetic plus.
The knife opening takes place through ambidextrous thumb studs, and the blade rotates in a rather fluid way. Probably the opening is less easy for large hands, despite the recesses obtained on the handle facilitate the operation. The locking system is the classic AXIS LOCK, almost omnipresent on Benchmade's folding knives. 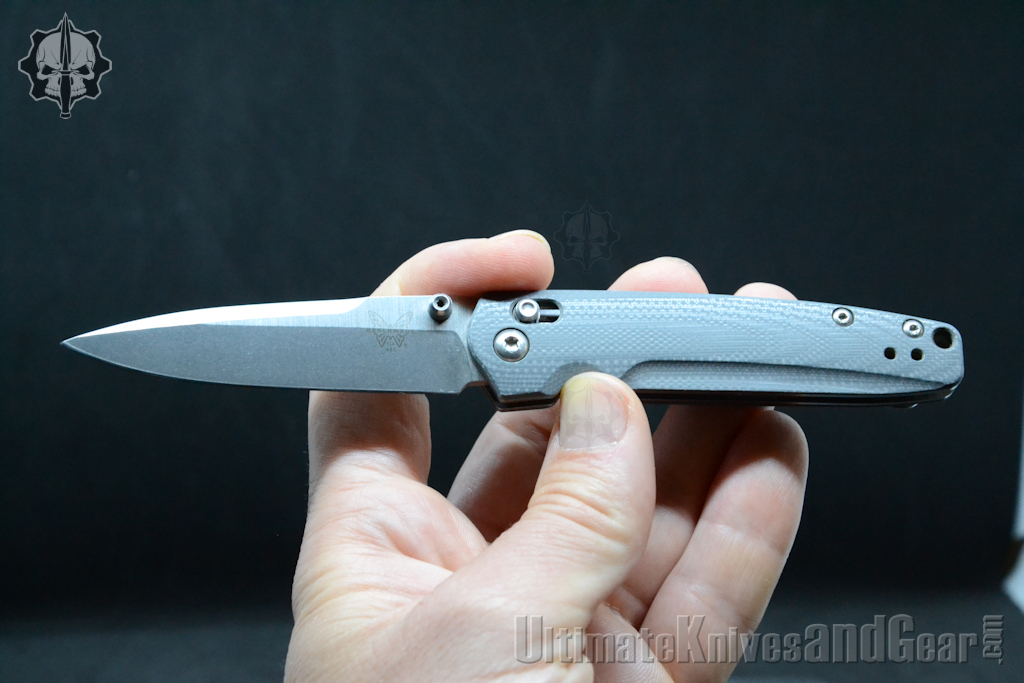 The Valet handle consists of two G10 scales fixed to the steel folders by Torx screws. The scales surface is devoid of any kind of texture to increase the grip, with the exception of the narrow milling that runs in the lower part of the scales and that for the ambidextrous recesses intended to facilitate the grip on thumb-studs.
The handle is quite comfortable and the absence of texture, given the intended use, is negligible. The color of the handle is of a sober gray which together with the lack of particular reliefs, make the visual impact rather flat, which is cross and delight of this particular model.
The back of the handle is open except in the terminal part where we find the backspacer, also in gray G10, with the lanyard hole. The steel deep carry pocket clip, removable and reversible, allows only tip-up carrying. 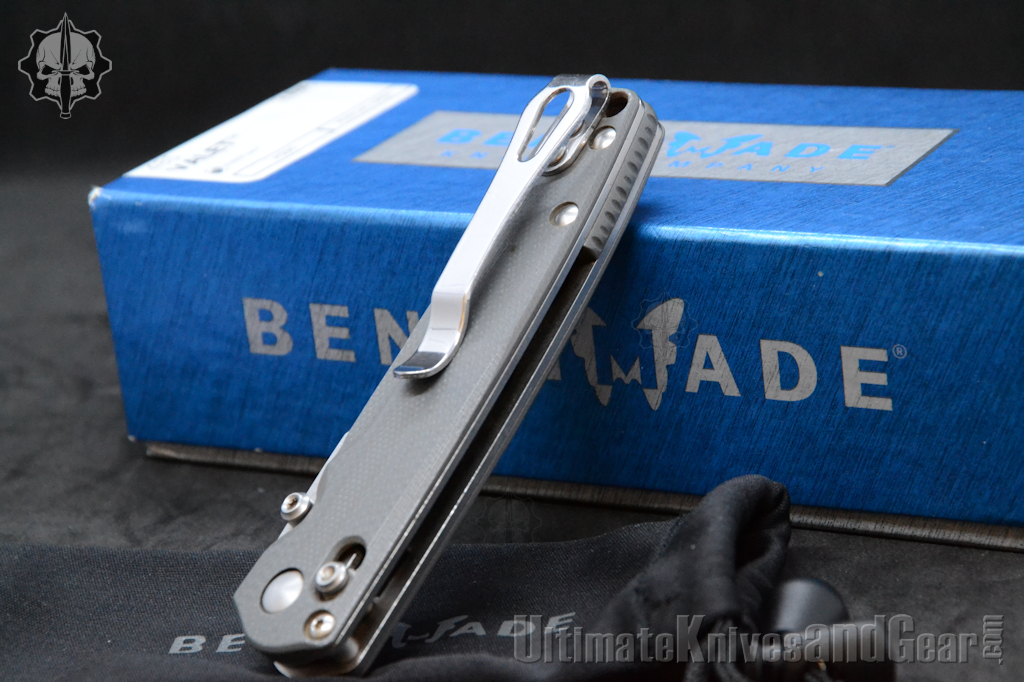 The weight of the knife of only 62 grams helps to make us forget its presence in the pocket.
We carried out qualitative cutting tests on different materials such as paper, cardboard and ropes, finding an excellent factory sharpening and a very good cutting edge retention.
The Benchmade Valet proves to be an excellent tool for small daily jobs, the characteristics of being a perfect gentleman's knife are fully respected: compact, lightweight and elegant. In our opinion, a little more character would not have hurt: although simplicity is appreciated, in this case a touch of color would certainly have given more prominence to the knife.
The demonstration of what has just been stated is the Gold version, equipped with blue titanium scales and damascus blade that give a not indifferent visual impact, almost as if it were not the same model.