The Legion, belonging to the outdoor series of the Russian Company Kizlyar Supreme, is characterized by an aggressive look with a strong tactical attitude.

In general, the products of the Kizlyar Supreme's Outdoor series are designed to be used in a rather versatile manner in outdoor activities from hiking, camping, bushcraft, hunting, survival, and so on, and sometimes the line between the Tactical series and the outdoor one is rather tenuous. In the particular case of the Legion, however, given the shape of the product (but also the name chosen by the Company) we expected to find it in the tactical series. 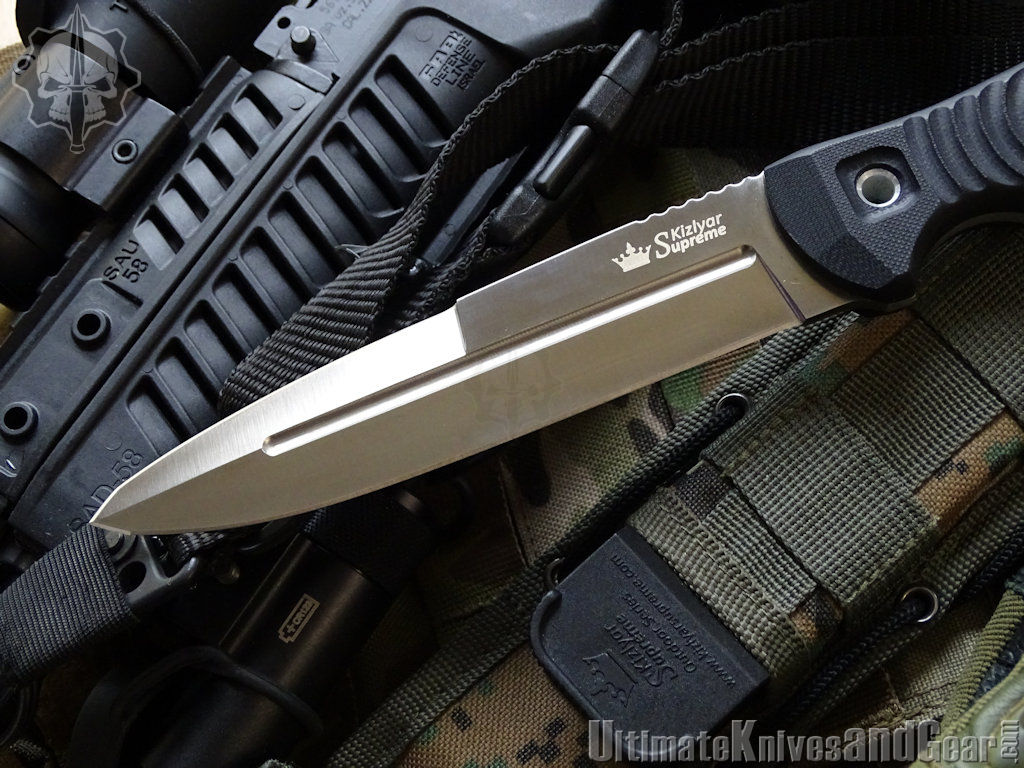 The Legion has a symmetrical blade with a fuller placed on the central axis that crosses it for about ¾ of its length, and a false swedge. The arrowhead blade is reminiscent of the SOG Pentagon Elite II line - called shark tooth –and is structured to achieve optimum penetration capability while preserving the robustness. 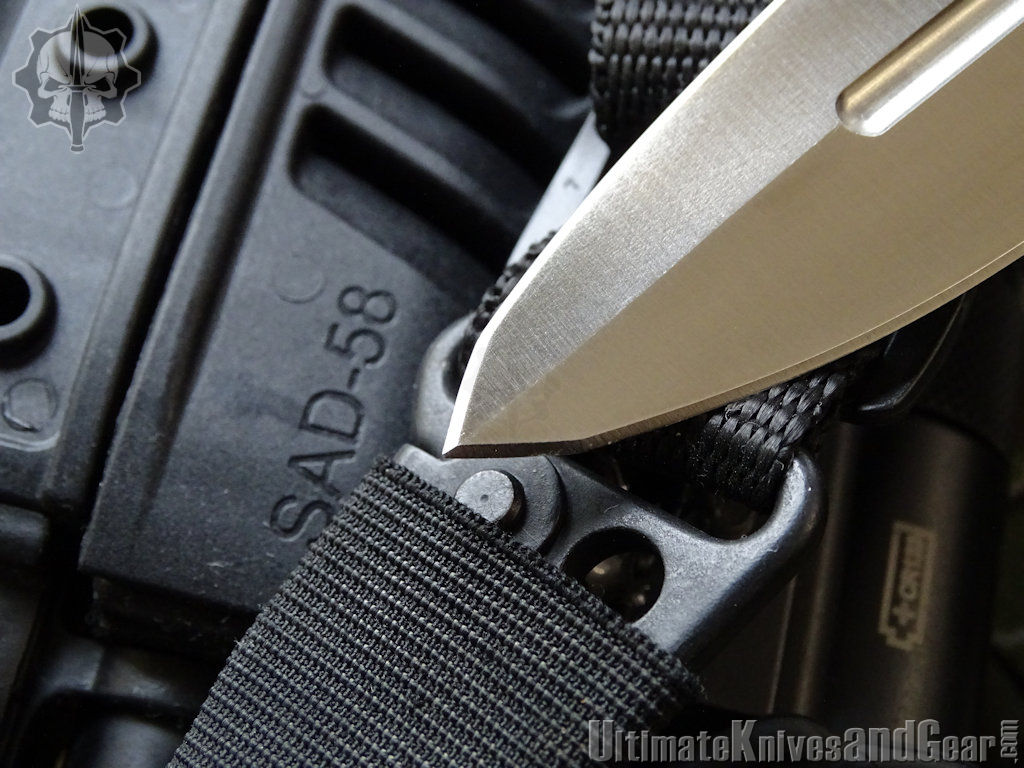 The full tang knife has an overall length of 273 mm, with a blade length of 145 mm and thickness 4.5 mm approx. On the back of the blade, in the vicinity of the handle, there is a non-aggressive jimping to block the thumb in position and to facilitate the grip and control of the instrument.
The steel used is the D2 (to 60-62 HRC) in satined version, but the same model is also available with a black titanium nitride finish, and also with Japanese steel AUS-8 (available in both satined and black finishes).

The handle is made of G10 scales with a three-dimensional texture constituted by concentric circles that characterizes many models of the Kizlyar Supreme's Outdoor series. The scales, non-removable, are fixed to the tang through three large bushings, also useful as lanyard holes. The ergonomic of the handle is good and the feeling with the tool is positive; the large recess for the index and the curved bottom part (effective for retaining the hand and avoiding the knife slipping away), ensure a firm and secure grip.
The workmanship and finishes are on average of a good standard although in some places, in the sample available to us, you notice some inaccuracies; however - considering the price to the public, content and good quality materials used - it is a valid and functional product. 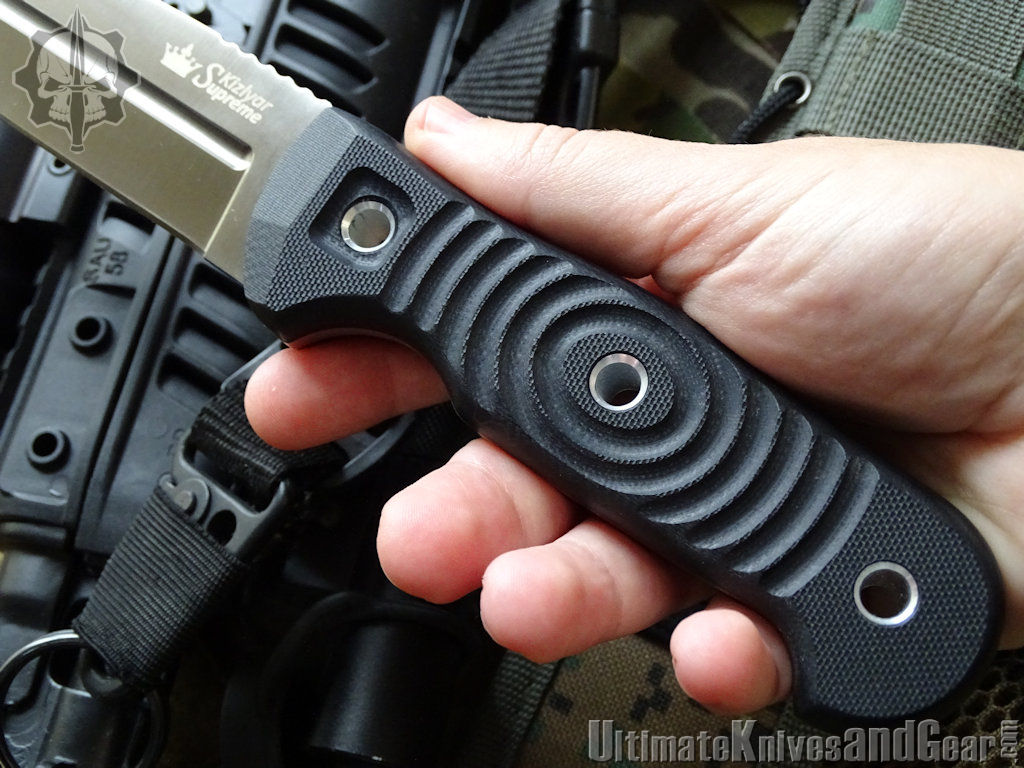 The sheath, ambidextrous and compatible with the MOLLE system, is a combination of ballistic nylon (in our case with camo texture but also available in black) and an insert in composite material of polyamide reinforced with glass fiber, in which the knife fits. In addition to a sturdy belt loop, the sheath is also provided with a belt-loop with velcro and press-fasteners, so as to be rotated and moved laterally allowing a custom configuration based on the type of carrying. 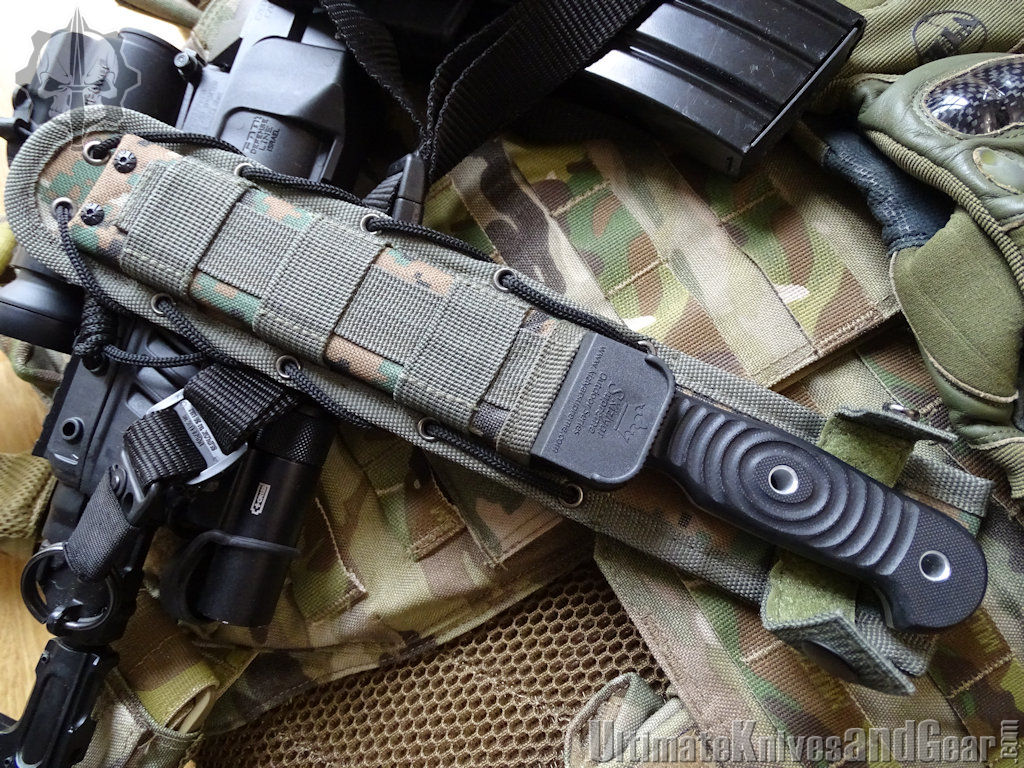 The retention system of the sheath is obtained by pressure: on the handle G10 scales has been created on both sides, a depression which goes on to engage a protuberance, similarly shaped, made on the plastic insert of the sheath. The retention is good and the system adopted is practical, functional and quick; in addition you can lock the handle with the strap with a snap button. 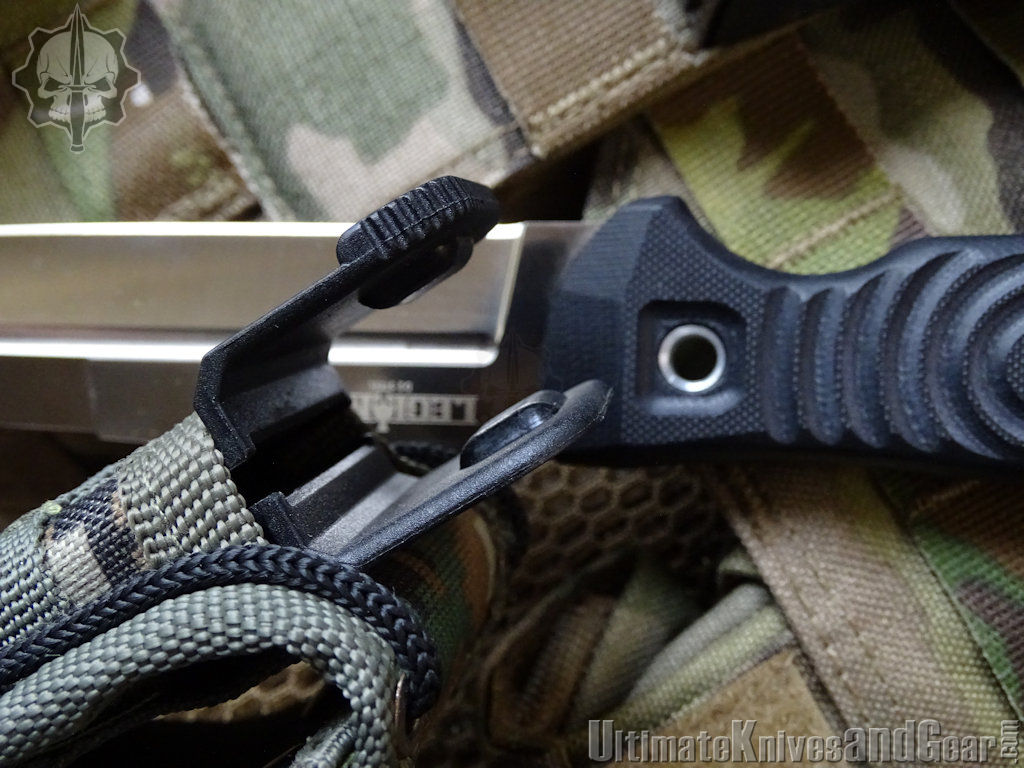 Overall the sheath is of good quality and is well designed; the nylon used is of good quality, while the paracord used is not so good compared to other materials. In addition, the Company produces a variety of accessories (like puch with survival kits, MOLLE belts, and so on), sold separately, which can be attached directly to their sheaths.
The product price ranges approximately from € 140,00 for D2 steel version, to € 120,00 for the AUS-8 version.

The cutting abilities of the Legion knife were tested by the qualitative point of view on various materials (safety belt, ropes of various types and diameter, and so on), demonstrating a good factory sharpening. Even the tip, tested stabbing into the wood and turning it, has proved durable and well thought out. 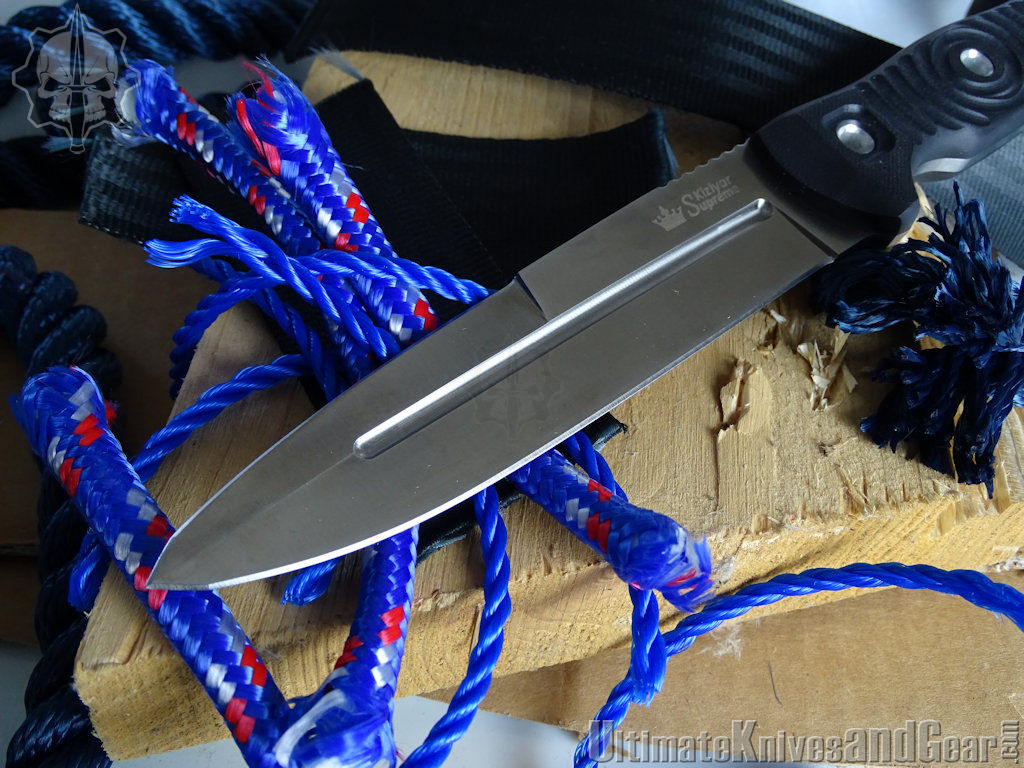 The Legion is certainly a knife showing more character among Kizlyar Supreme's first productions, thanks mainly to the aggressive design of the blade. Overall it is a good product with an excellent quality / price ratio, and is probably - for us - one of the most intriguing blades produced by the Russian Company.

This article has been published on the magazine "Armi&Balistica"