This young Russian Company has made significant progress both in terms of production and design, and found their place in the competitive Western market, since we had the pleasure of testing their products.

Among the novelties presented at the beginning of the year, there is the pair of Caspian and Colada, both belonging to the line of Kizlyar Supreme's small outdoor knives.
For our review we will focus on the Colada model, developed in collaboration with BladeForum.ru, the most famous among the Russian forums of knife enthusiasts.
Kizlyar Supreme was working to a design of small outdoor knife when it was approached by the Russian forum administrators, looking for a product for their users. From this meeting evolved, very rapidly, the Colada and it took shape with the help of the Russian company that has made improvements to the original draft. For forum members a special edition of this knife was made (with logo, numbering and a nickname). 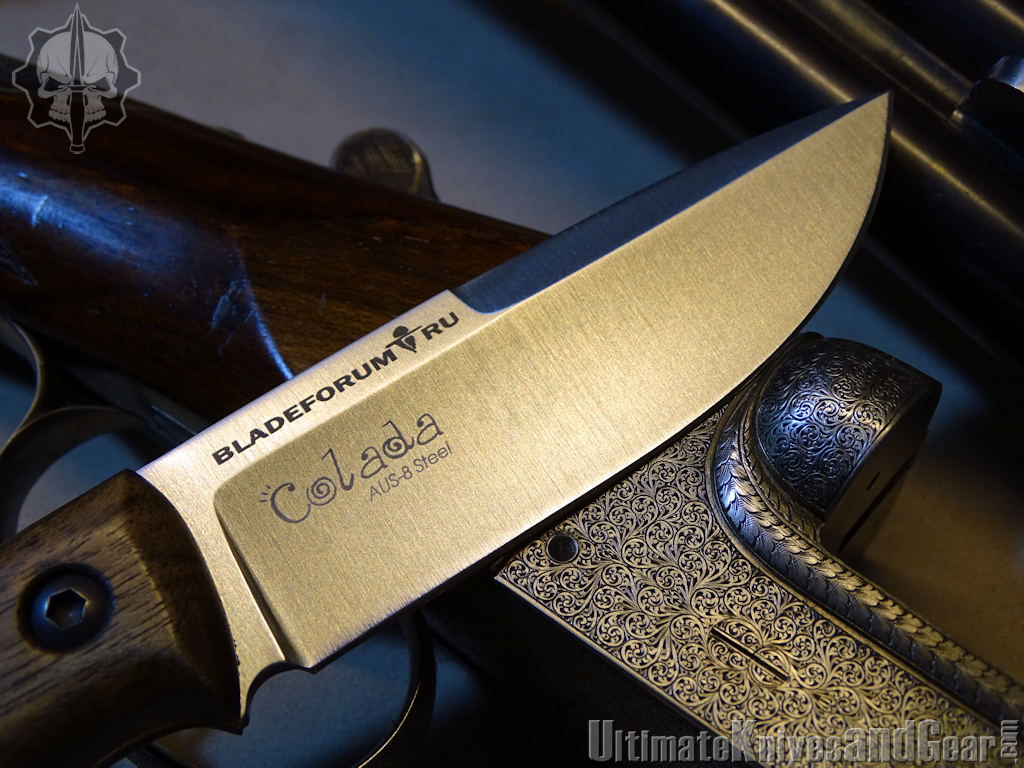 The full tang knife, with classical and essential shape, is made in AUS-8 - in this version - with a versatile drop point blade with hollow grind, featuring also a false swedge that extends for half the length of the blade, that is of about 100 mm for a thickness of 3.75 mm and a width of 28.5 mm to ricasso. The blade is marked on one side with the company logo, on the other with the product name and steel used. It also states on both sides, maybe a little too much, the mark that shows the collaboration with the Russian forum. Finally, along with the company logo engraved on the main bevel, appear the words "Made in Russia" that in many of the previous products was absent.

The knife is devoid of a guard but is provided with a small recess - after the choil - sufficient to ensure safety during use; it also lacks the lanyard hole, usually appreciated and useful in some circumstances.

The handle scales, simple in design, are made of Caucasian walnut wood, highly valued for its resistance, and are coupled in 3 points with browned Allen screws. Overall handling is pleasant and the knife handle fills the hand in very comfortable way. 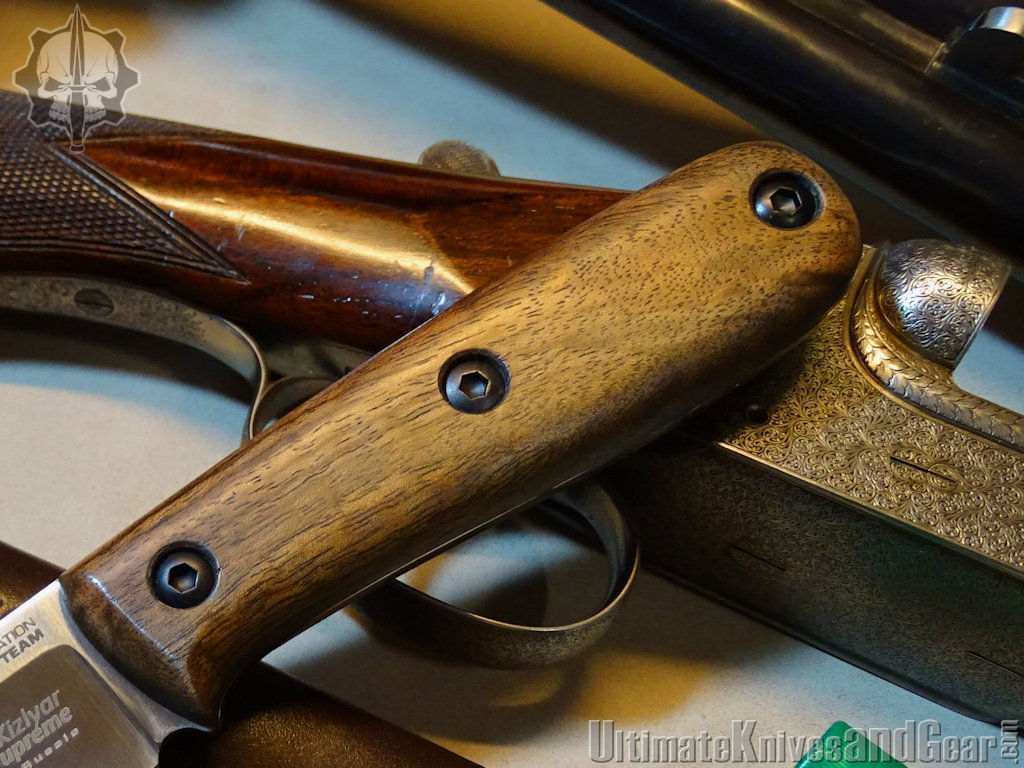 Knife barycenter is moved on the handle, because there is no lightening milling on the tang. After having disassembled the grips - in addition to having found the lack of thread lock on screws - the separation between blade finish and that of the tang was visible, and this shows signs of working and pen marking. Probably the choice to not cure the hidden part of the knife is linked to the very short space of time in which the Colada model was manufactured, as well as to maintain costs as low as possible.

The Colada is provided with a good quality leather sheath, with a classic style which has been back in fashion for some time in bushcraft knives. Thanks to the presence of a double belt loop, the sheath is transportable to the belt in high or low position, depending on personal preferences. 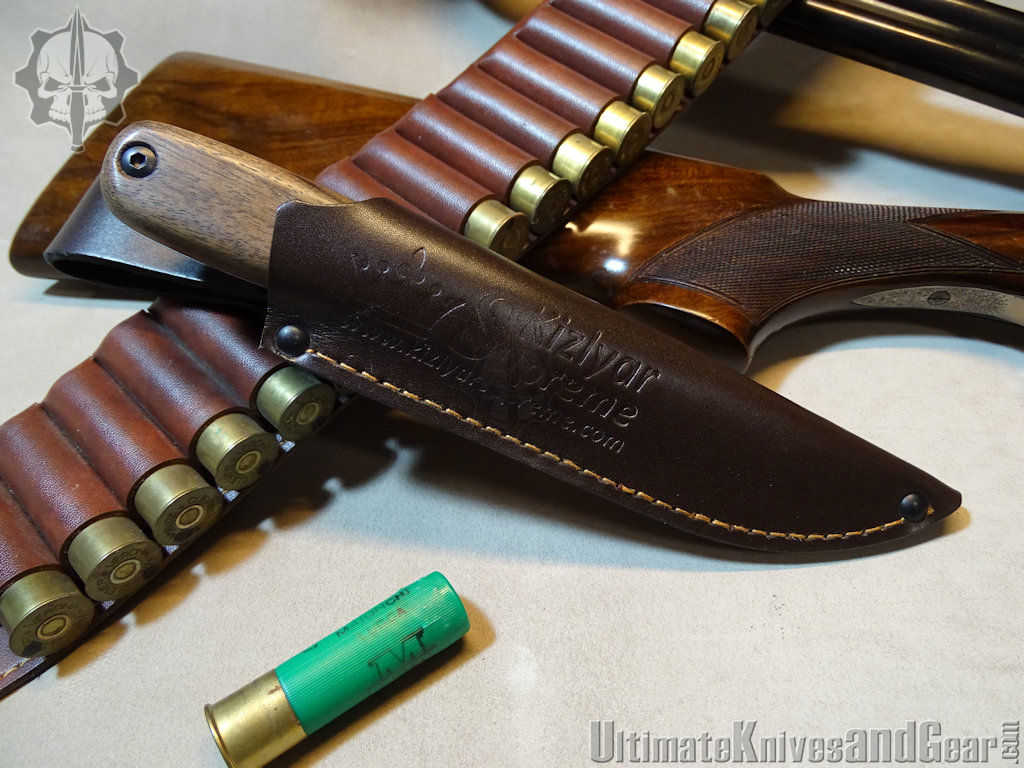 The outdoor knife has been tested - on a qualitative level - on various materials (ropes of various diameter and type, car safety belts, and so on). The initial factory sharpening is satisfactory, but despite the stated steel hardness, the blade rapidly lost the edge after a few cuts (probably due to too acute angle of the cutting edge), and during the test on wood - which consisted in the realization of feather stick for fire ignition - the effort necessary to make the cuts became considerable. On the other hand it must be said that the AUS-8 is easy to sharpen, so basically this is not an insurmountable problem (as far as we have tested other products with the same steel and range of hardness, so we expected a better edge retention). As always, when you choose the knife that will accompany you in your outdoor activities, you should keep in mind the balance between the cutting edge retention and the ease of sharpening. 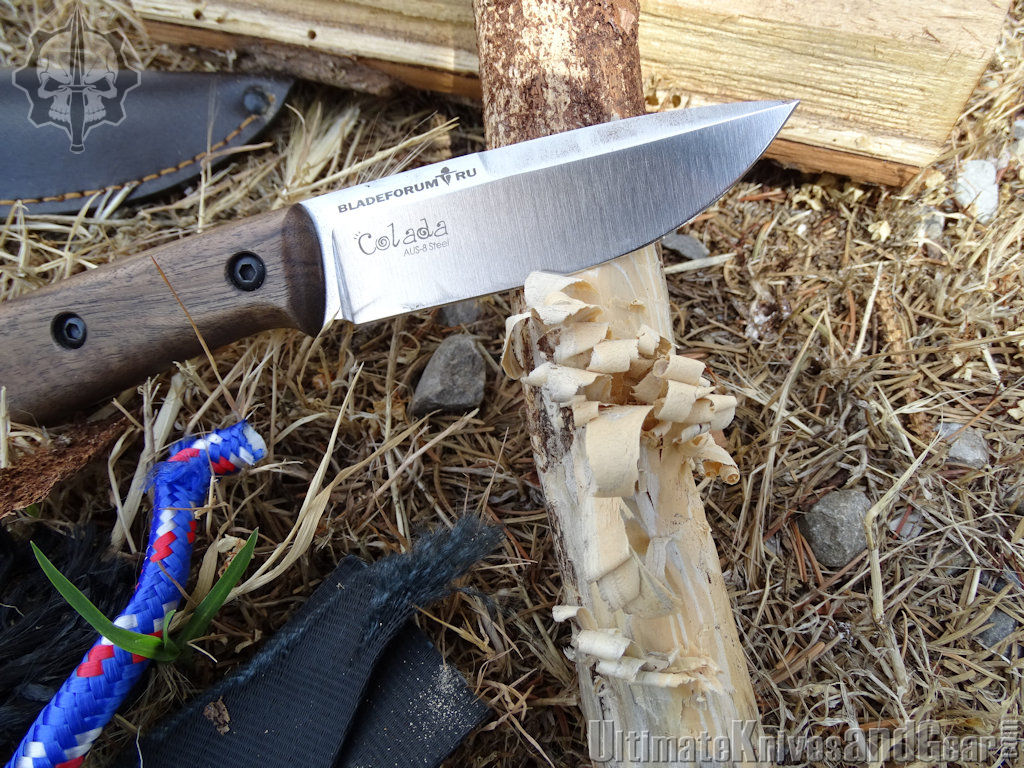 Overall the Colada, in its simplicity and classic lines, is a functional and practical knife, no frills and with a versatility that makes it potentially a good companion of adventures for outdoor life. Definitely the version with CPM Carpenter Steel will give more satisfaction by offering superior performance.

This article has been published on the magazine "Armi&Balistica" n. 54 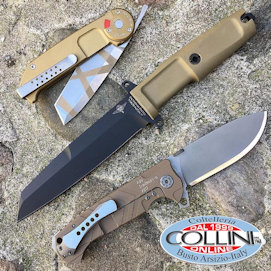