Developed by Australian designer Julius Conrad, the Prime is one of the most popular EDC knives from this company in St. Petersburg.

In 2015 this model, like many others, has undergone some improvements in terms of ergonomics and some elements have been redesigned. The Prime by Kizlyar Supreme, in the version available to us, whilst maintaining its classical forms, presents a much more bold colour, with red and black scales. Among the various configurations available there is also a renewed version which looks far more elegant with carbon fiber scales, making it much more appealing to "gentlemen's knife" lovers. 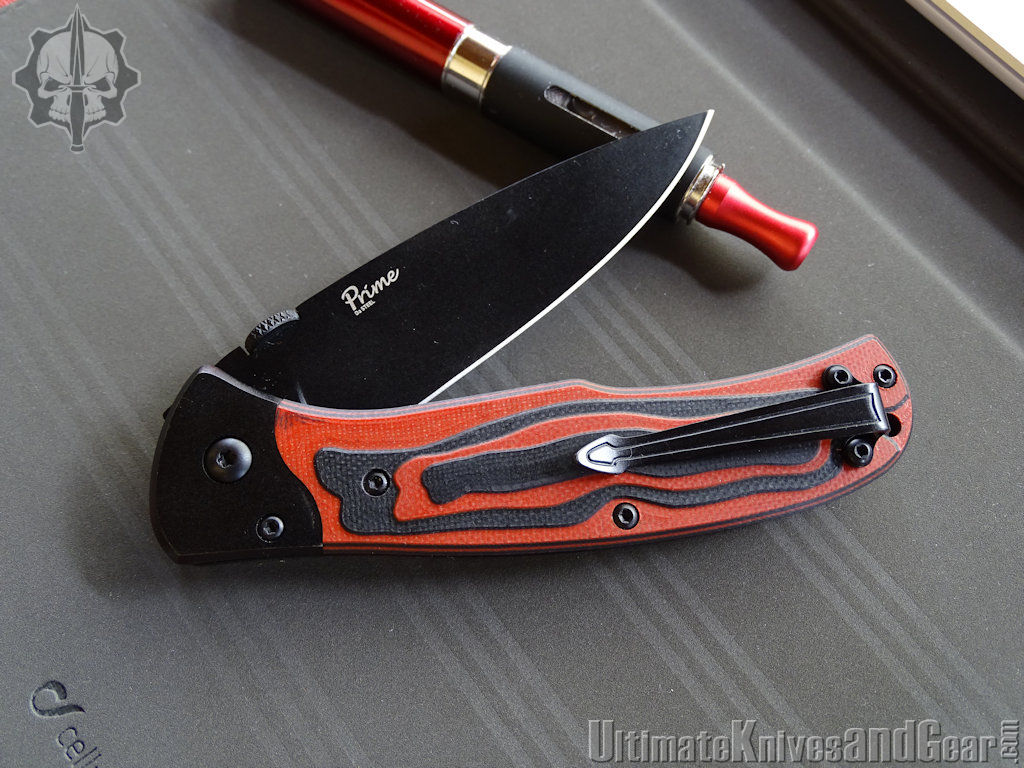 The drop point blade, 88 mm long, 3.1 mm thick with saber grind, is made in D2 steel hardened to 60-62 HRC and with black titanium nitride coating. The finishes are of good quality, with geometric angles and coupling of pieces very accurate.

The blade opening takes place via the thumb-disk placed in a recess on the blade spine; after winning the resistance of the detent ball, the blade opens in fluid way on traditional teflon washers, and around a pivot adjustable through Torx screw.

The locking mechanism is the liner-lock, made out of steel liners with a thickness of 1.5 mm, also with black surface treatment. The blade, which abuts on the stop pin, remains firmly in the opening position and is free of play; the unlocking is done easily due to the device on the scale, which provides easy access to the lock spring. Pins and spacers, as well as all screws, are of black color in order to maintain the aggressive contrast with the red scales.

The handle, comfortable in size and ergonomics, consists of red and black G10 scales with a three-dimensional texture reminiscent of the contour lines in the topographic maps. The scales are accurately placed on the steel liners and shaped on the bolster, also in steel, made with a nice curvature. 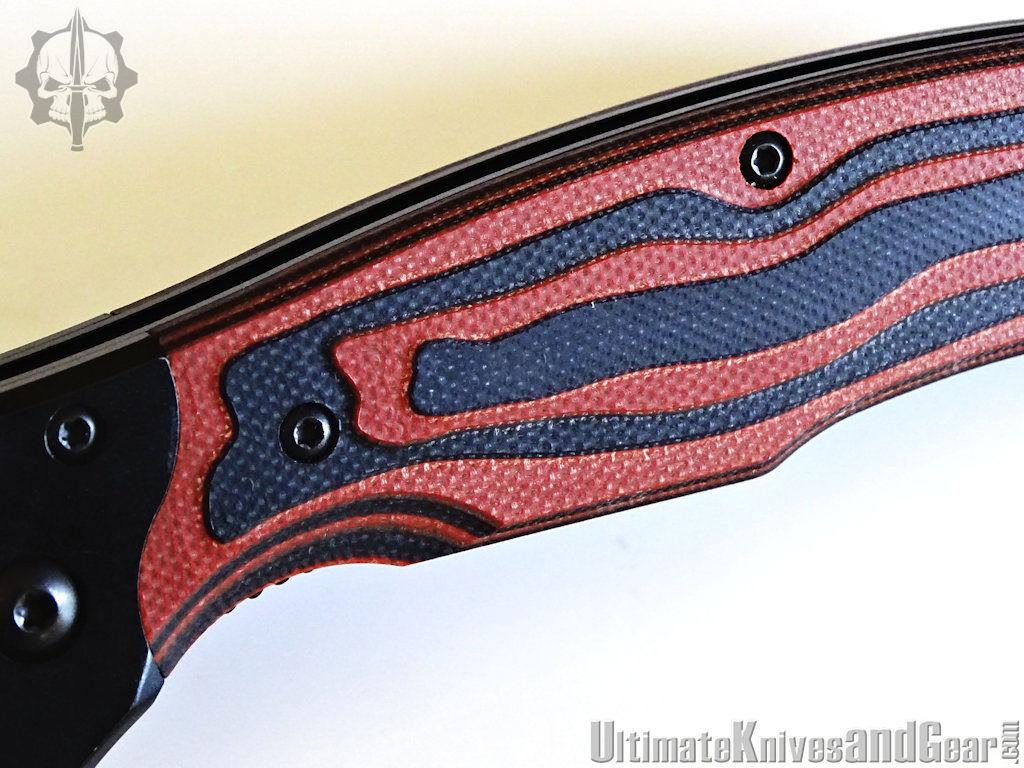 The knife features a lanyard hole and clip arrow-shaped, positioned in the ambidextrous tip-up configuration.

The cutting ability of the Prime were tested, from the quality point of view, on various materials that we meet each and every day: paper, cardboard (double thickness), ropes of various kinds, and also car seat belts. The factory sharpening proved to be of good quality (good performance on paper and cardboard, more difficult on ropes), and the Prime was able to complete all the cutting tests. The test on the seat belt was clearly the more difficult, but it was passed without much trouble and at the end of the tests the knife blade holds well the edge (as you would expect from a blade made of D2 steel). 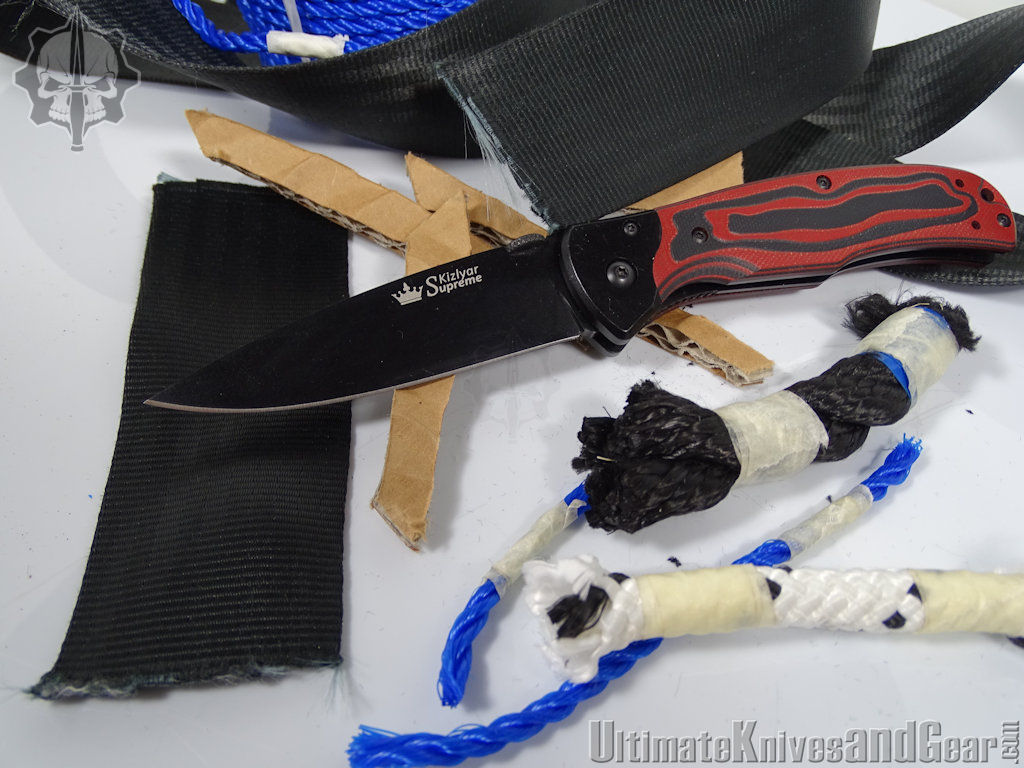 Overall the Prime manufactured by Kizlyar Supreme, proved a functional pocket knife, with finishes of a good standard and comfortable for everyday use, with a choice between two types of steel for the blade, finishes and materials of the scales which meet the personal tastes.

This article has been published on the magazine "Armi&Balistica" n.46