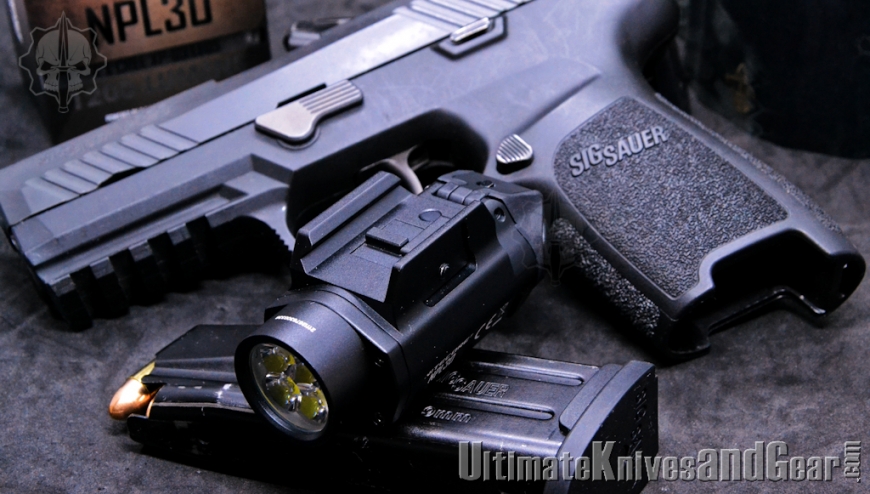 The latest “weapon light” model made by the Chinese company Nitecore. New design and new controls for this 1200 lumens flashlight.

Whenever you are about to purchase an accessory for your weapon, it would be advisable to carefully evaluate some key points such as materials, dimensions, methods and ease of use; all in relation to the budget that has been decided to invest.
As for the choice of a weapon light, one of the key factors is the simplicity of use; this determines, in fact, a better proprioceptive sensitivity on the part of the operator and a consequent speed of use.
The Chinese company Nitecore offers three different types of gun flashlights and each of them has different characteristics and operating modes from each other. 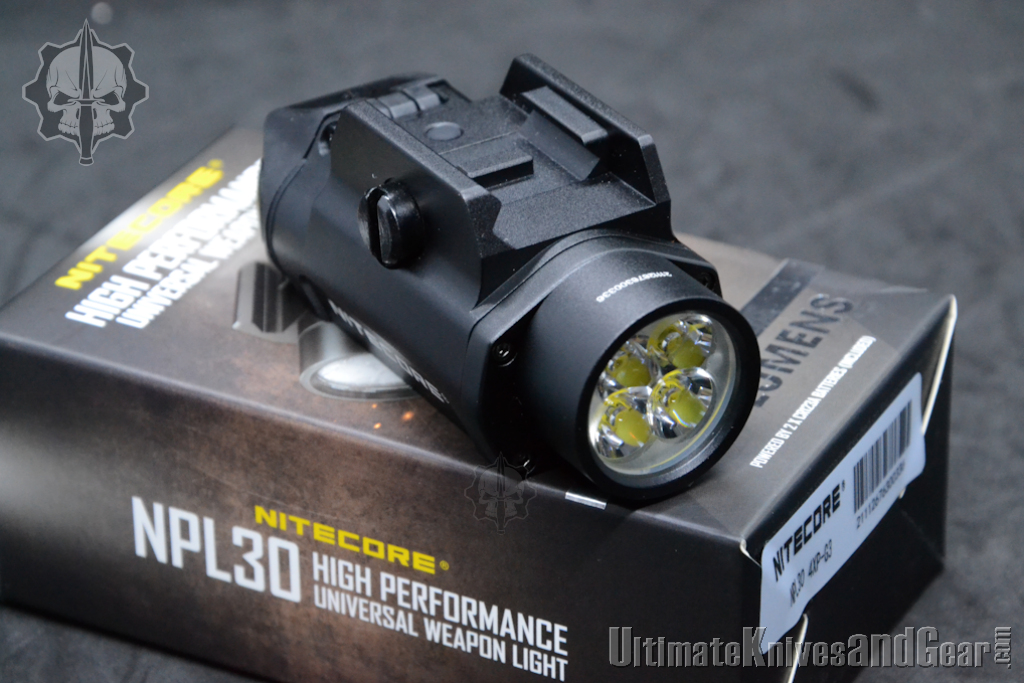 The Nitecore NPL30, just released on the market, is the largest and most powerful of the three models but it is also easier to approach. Like the other models, it’s entirely made of aircraft aluminum and thanks to the quick universal coupling system, compatible with Picatinny and Weaver systems, it easily adapts to gun models equipped with rails. 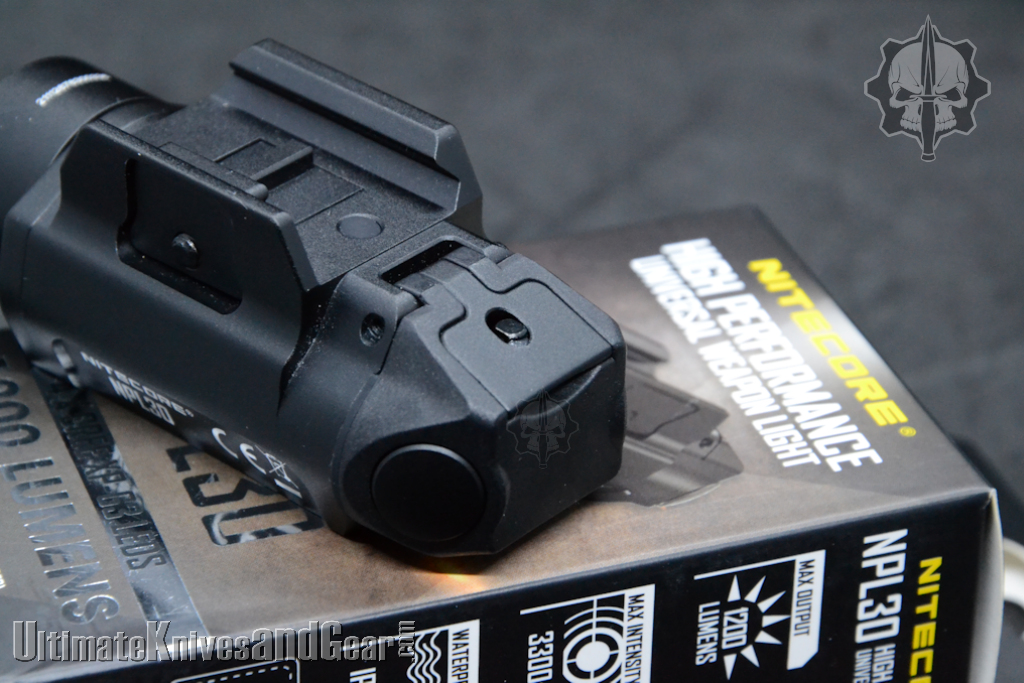 The flashlight is equipped with 4 CREE XP-G3 LEDs with a duration of 50,000 hours, develops 1200 lumens, with an intensity of 3,300 candles and a lighting depth, declared by the manufacturer, of 113 meters. Given the shallow reflector, the light cone is open: the diffused light is uniform both on the target and in the surrounding environment, giving a concrete possibility of viewing the whole and not only on where the target is. The lower part of the flashlight is flat providing a good surface for the weak hand during two-handed shooting. 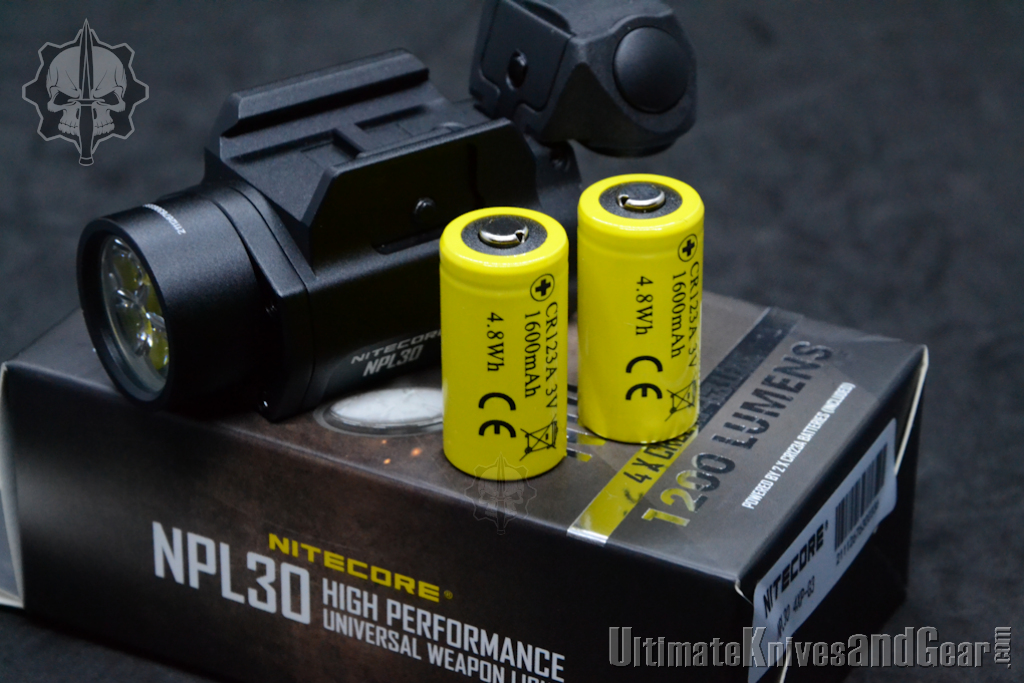 It is turned on by means of two ambidextrous circular buttons which, depending on the type of pressure or the time in which it is applied, allows you to select the type of lighting desired. Briefly pressing one of the two buttons activates the fixed light, on the contrary, holding it down for a few seconds, you access the momentary on, which will end with the removal of the finger from the button; lastly the strobe, can be operated with three quick presses on the switch. The size of the buttons is such that they are easy to reach and the response to pressure is easily felt.
The Nitecore NPL30 works with two CR123A batteries, included in the package, housed in the back of the flashlight. The battery compartment opening system is very interesting: by pressing the dedicated button or pressing the small metal flap located just above the button area, the terminal part of the flashlight is released, which by tilting it leaves the batteries free. While this system provides undoubted ease of operation on the one hand, on the other it unfortunately involves the removal of the flashlight from the weapon. 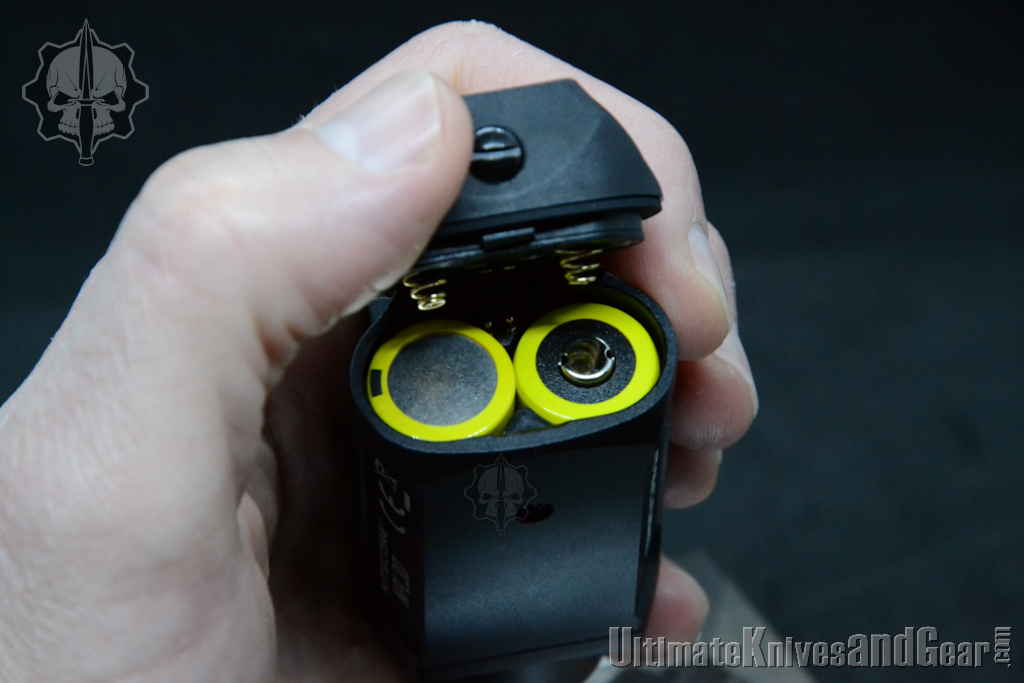 The flashlight is water resistant according to the IP66 standard: total protection against the ingress of dust and protection against high pressure water jets from any direction, it is also resistant to falls up to one meter in height.
We tested the Nitecore NPL30 at the Shooting range in Busto Arsizio by mounting the flashlight on two different types of pistols: a SigSauer P320 compact and a Glock 17, in order to verify its functionality and dimensions. In both cases, no assembly problems has been revealed, the operation was simple, intuitive and constant. As for the dimensions, the NPL30 is more suitable for full-size guns, in fact on the compact one the head of the flashlight protrudes distinctly from the muzzle with relative heating and smoking of the upper part of the body. 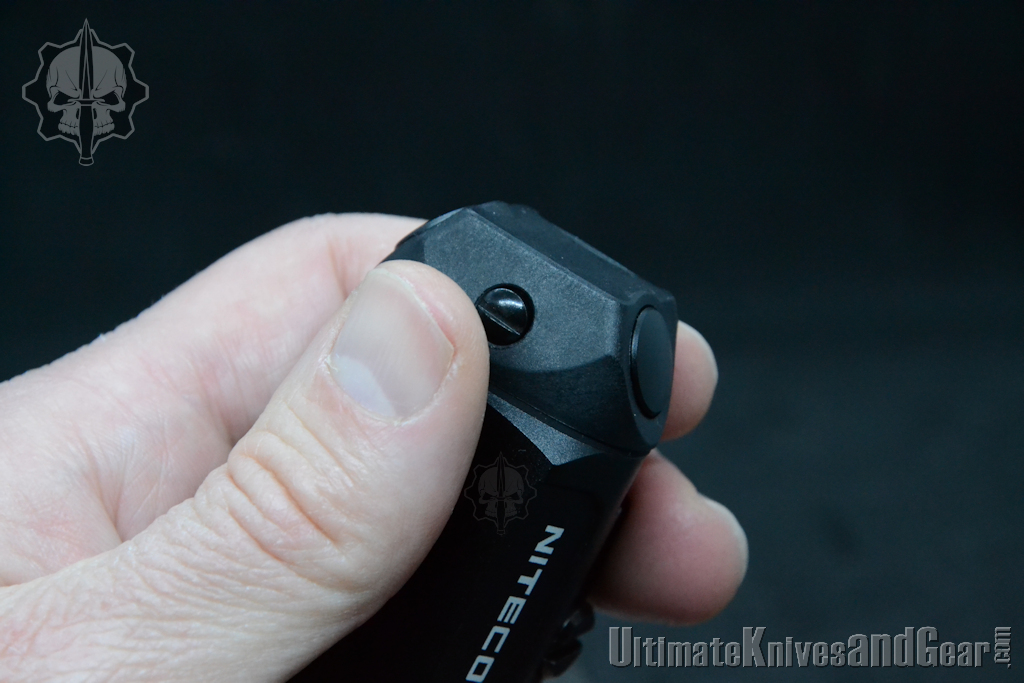 In conclusion, the new Nitecore weapon light is solid and functional. The weight of 130 grams (including batteries) is not excessive and seems, on the contrary, to favor sights realignment. The dimensions are such as to make it preferable to use it on full-size guns, but this remains our personal judgment. As for the battery change, it has the plus to avoid unscrewing and removing small parts of the flashlight (increasing the risk of losing them), but on the other hand, you have to remove the flashlight from the gun, that anyway it can be considered as a minor issue.