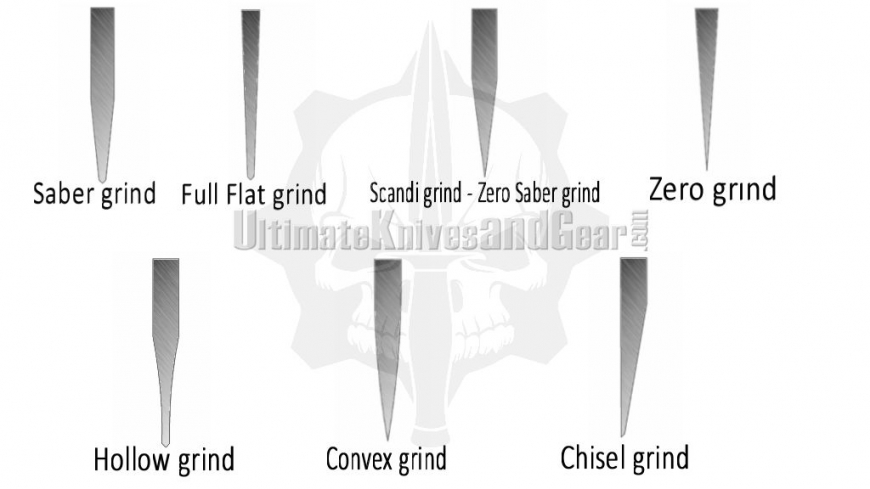 The part that further characterize a knife, and even the most difficult to accomplish, is the grinding.

Grinds are the transversal and uniform tapering of the blade which, at the encounter of its planes, form the secondary bevel at the cutting edge or, in some types of blade, directly the cutting edge.
A knife enthusiast generally notices the depth, definition and regularity of bevels to indicate the good execution of the knife.
Also in this case, we will mention the most popular classical grind types, keeping in mind that there are many variations and combinations of blade grinds. 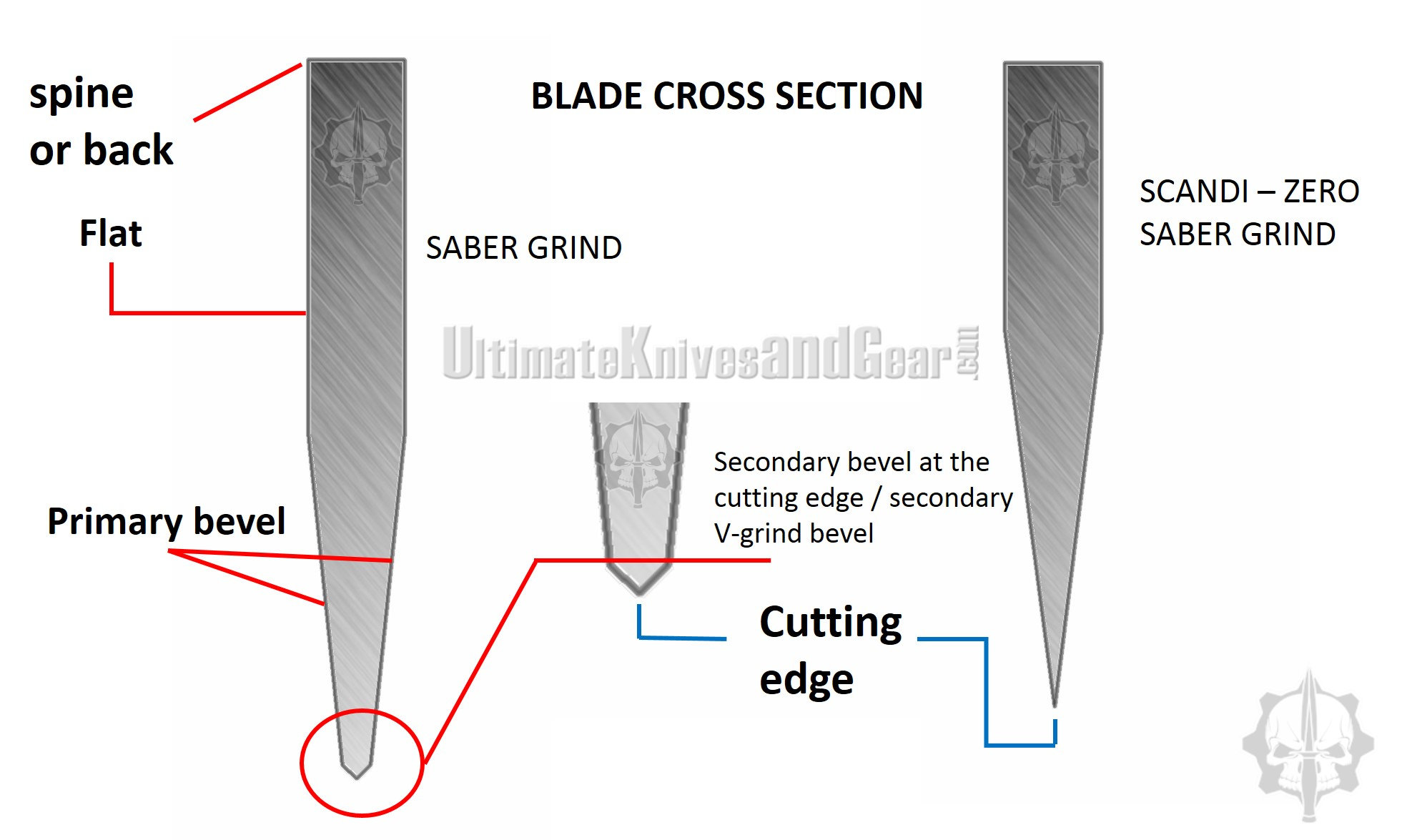 It is one of the most popular blade grind. It has flat bevels that extend approximately from the central axis of the blade to the cutting edge. This grind maintains a full thickness for a large portion of the blade, giving it a great strength.

Flat bevels that extend from the blade spine to the cutting edge. This configuration reduces the blade section by increasing material penetration during cutting operations and decreasing overall blade weight.

Similar to the Saber grind, with the difference that the bevel plane of the Scandinavian create directly the cutting edge, without the secondary bevel at the cutting edge. This configuration, typical of Nordic knives, gives the blade a great cutting ability and penetration in the materials.

Similar to the Full Flat Grind, with the difference that the bevel plane of Zero Grind starts from the blade spine and continues to create directly the cutting edge, without the secondary bevel at the cutting edge.

Blade with bevels made with concave radius. The bevels can extend over full blade width (full hollow grind) or only a part of its width (as shown in the figure). This kind of blades are indicated for applications requiring higher cutting capacity (it is the blade configuration typical of the straight razors, for example).

Blade with bevels made with convex radius that goes directly to the cutting edge. It is a type of structure that gives considerable strength to the blade and also to the cutting edge, and is indicated for heavy use of the instrument.

In this configuration the blade is beveled only on one side. The bevel on the machined side can be flat or hollow ground.