The tanto series fixed blade knives signed by Extrema Ratio, saw its debut with the T3000 line - now discontinued - and took new forms with the T4000 line which, in its compact version, is a good tactical back-up.

In one's imagination there is still the idea of the soldier engaged in hand–to-hand fighting, thus he therefore needs to be supplied with a pure combat knife. In reality the scenarios are significantly changed from the World Wars and, in modern times, the knife - remaining as an integral part of equipment - is considered as a tool mainly designed to fulfill tasks of general utility rather than as a real weapon (except in rare extreme cases).

Clearly the choice of the blade for those in the field will vary depending on equipment and operational requirements - for example if you have bayonet probably the choice for a secondary blade will be for a good folding knife; but,f you do not have other blades in your kit, it is assumed you will have need of a reliable fixed-blade knife varying in size according to the needs and the load that you are wearing.

When you opt for an instrument which is small in size and lightweight, one enters into the category of back-up to which belongs the T4000 C, a compact utility knife with an explicit tactical vocation, conceived and produced by Extrema Ratio. 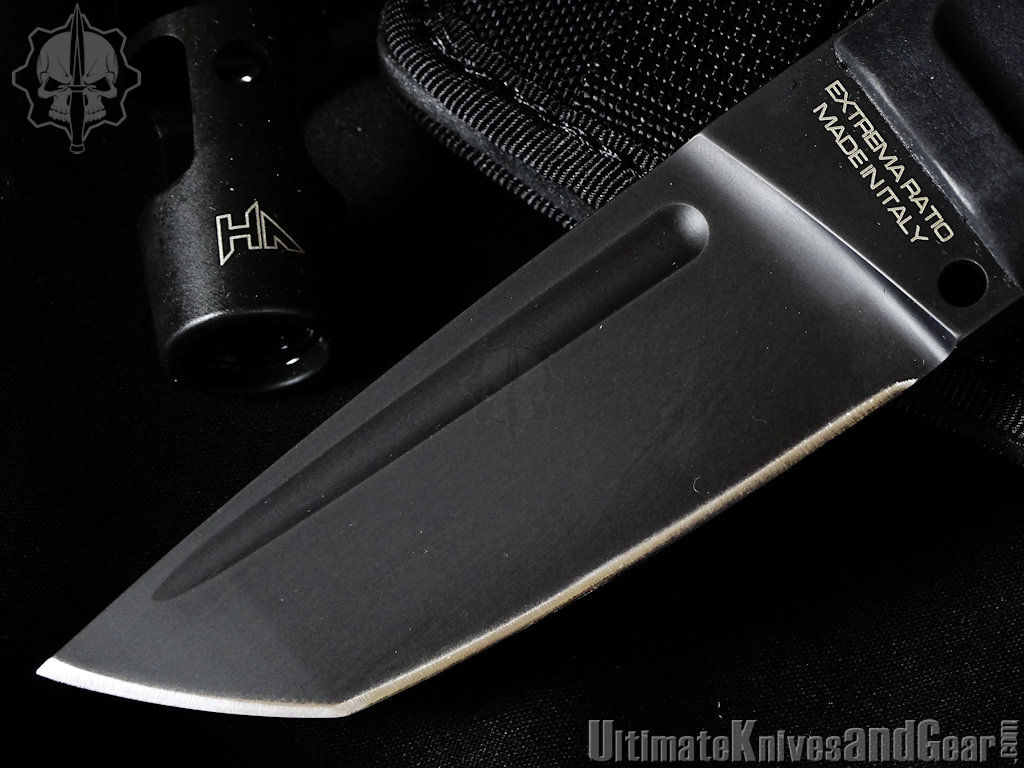 The tanto blade has a tip conformation which tends closer to Japanese tradition, abandoning (fortunately,in my opinion ) the less harmonious "american tanto" style blade.
The hidden tang knife is made of N690 steel with MIL C-13924 burnishing - like all the Extrema Ratio products, and has a blade of 104 length and 6.3 mm thick, equipped with a fuller (the lightening groove - often wrongly called blood-groove) which extends for almost the entire length of the blade.
The tip shape in the most extreme part is rather thin, especially for the way the cutting edge grinding has been realised, which could lead to a potential weakening of the tip itself.

On one side of the ricasso is engraved the model name and serial number, and the company logo on the other.
The handle, which has a consolidated design and is reduced in scale for the compact versions, is made in Forprene®, the vulcanized thermoplastic elastomer that provides excellent performance in terms of resistance to UV and physical aging in general, it has excellent chemical resistance to polar solvents (therefore detergents and aqueous solutions) and a good thermal and electrical insulation. 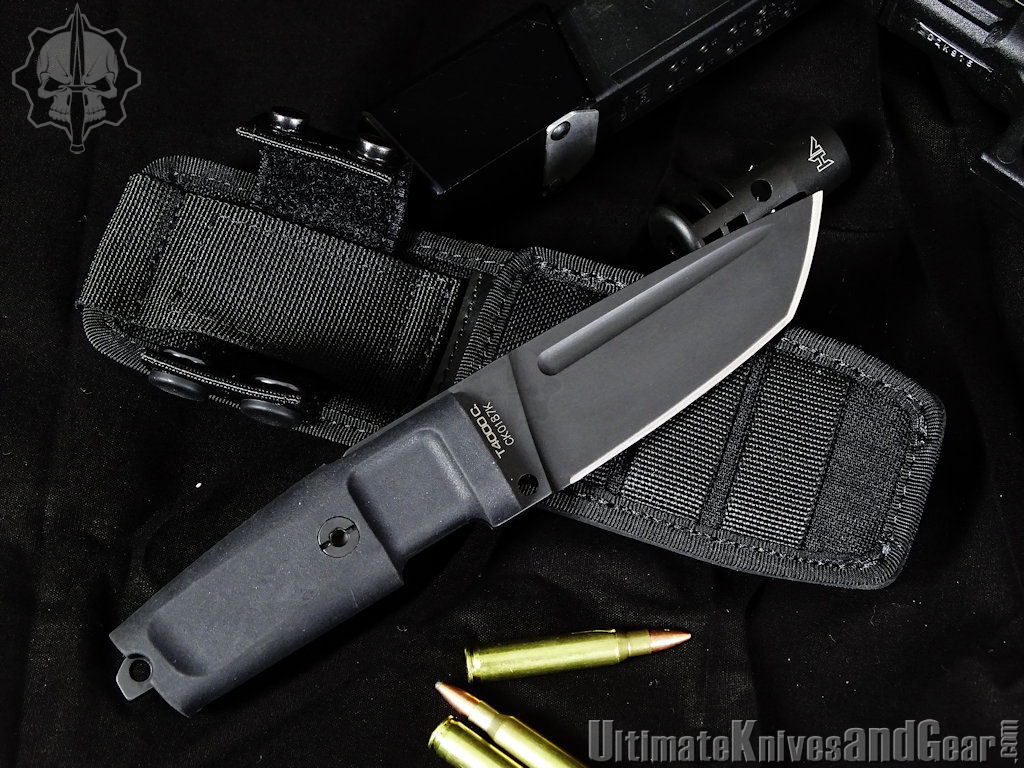 From an ergonomic point of view, despite its compactness, the handle is comfortable and perfectly fits the hand, leading to a good feeling with the tool. Even for very large hands the handle appears to be adequate - always keeping in mind that it is a back-up knife.

The knife is devoid of a guard but the handle shape is such as to guarantee a firm grip. Also you can use a safety lanyard on the hole on ricasso and on the glass breaker located on the exposed tang. 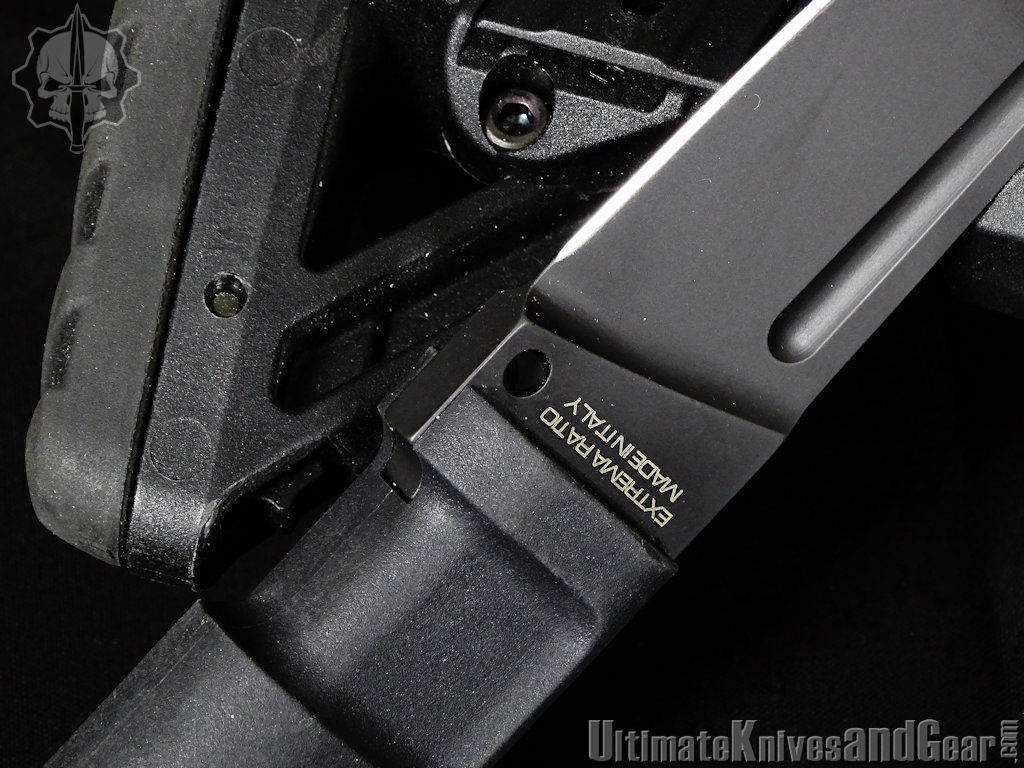 The cleaning and maintenance of the knife is facilitated by the ease with which the handle is removed, since it is fixed to the tang with one Allen screw 4.0, with the possibility to use also a flat screwdriver. After removing the handle we found the absence of thread lock on the only one screw on the knife.

The T4000C is equipped with an extremely light and compact nylon sheath, fully compatible with the MOLLE system. The retention of the knife takes place through two pressure buttons that hold the handle. I don't appreciate this solution at all from the practicality point of view (mostly in the tactical knives ready to use), but it is anyway a reliable retention system. 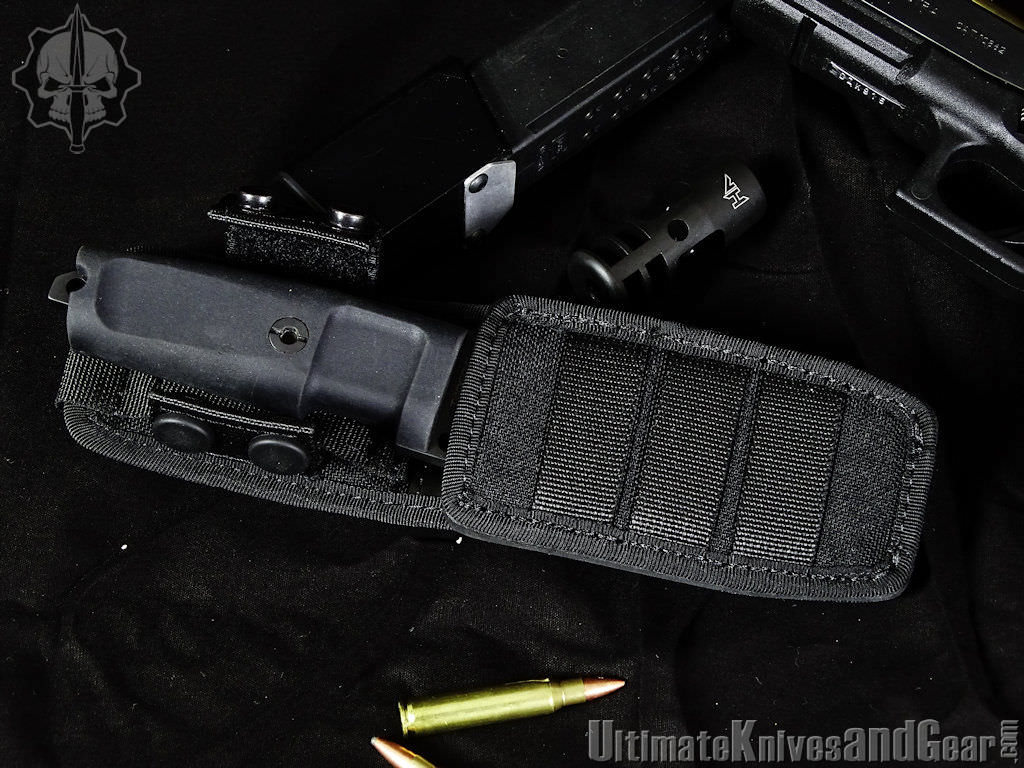 To qualitatively assess the factory sharpening of the T4000C, we conducted some cutting tests on various materials (ropes of various diameters and materials, pallet strapping, car safety belt, paper and cardboard, and so on), which showed an excellent sharpening of the product.

Because some users have complained about poor resistance of the surface finish using Extrema Ratio knife to cut common packing foam, we wanted to verify this by making some cuts and, to speed up the test, rubbing the packing foam directly on the blade. At the end of the test there was no loss of burnishing and only a few rubbing halos on the blade were present caused by cutting the ropes, but it disappeared simply by wiping with a cloth.

We also tested the tip resistance, stabbing the knife on a wooden board and levering laterally. Unfortunately - as it had appeared from the preliminary analysis of the shape of the tip – there was a breakage of the more extreme portion of the tip (about 1 mm), but the knife was promptly repaired under warranty by the Company in a few days. The test was then replicated and passed successfully.

The T4000C by Extrema Ratio is from overall conception and an ergonomics point of view a good tactical back-up knife. Probably the price / quality ratio is not quite favorable in relation to what the market offers, regardless of the problem that occurred during the tip resistance test which, in the absence of statistical data, we cannot assume that it will necessarily extend to the entire production of this model but rather that it was a problem related to our example. We must emphasize, however, the quality and the promptness with which the Company has solved the problem. 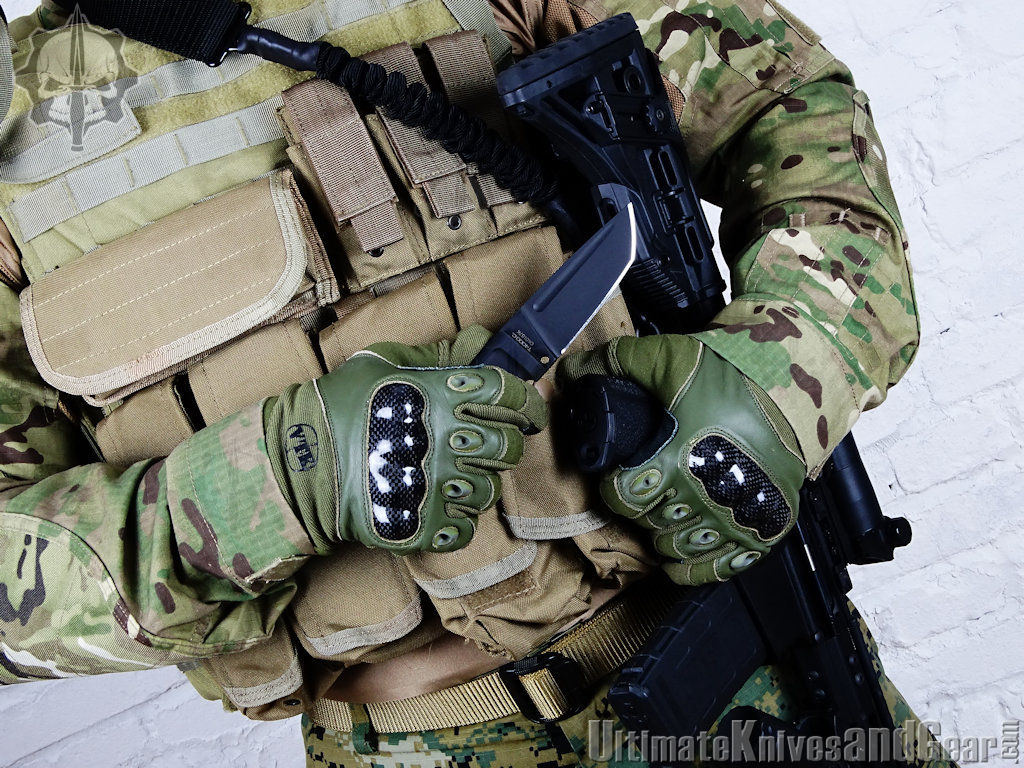 This article has been published on the magazine "Armi&Balistica" n.53