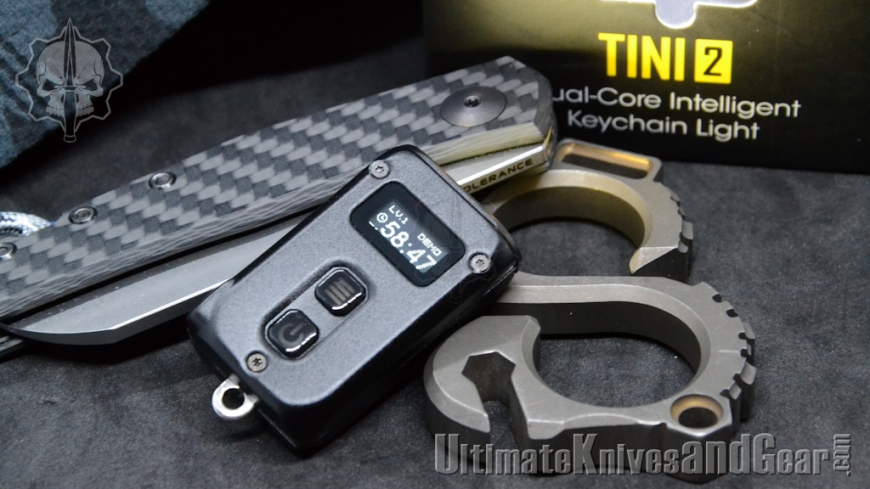 Powerful and ultra-compact, the Nitecore TINI 2 is the perfect 500 lumens flashlight for those who do not like bulky EDC.

Only 18.8 grams, this is the weight of this tiny flashlight, but its technology and sturdiness should not be underestimated for sure. Indeed, the aeronautical aluminum body houses an advanced operating system and multifunction OLED display. The two Osram P8 LEDs with a life cycle of 50,000 hours ensure a maximum intensity of 500 lumens and a maximum lighting distance of 89 meters. 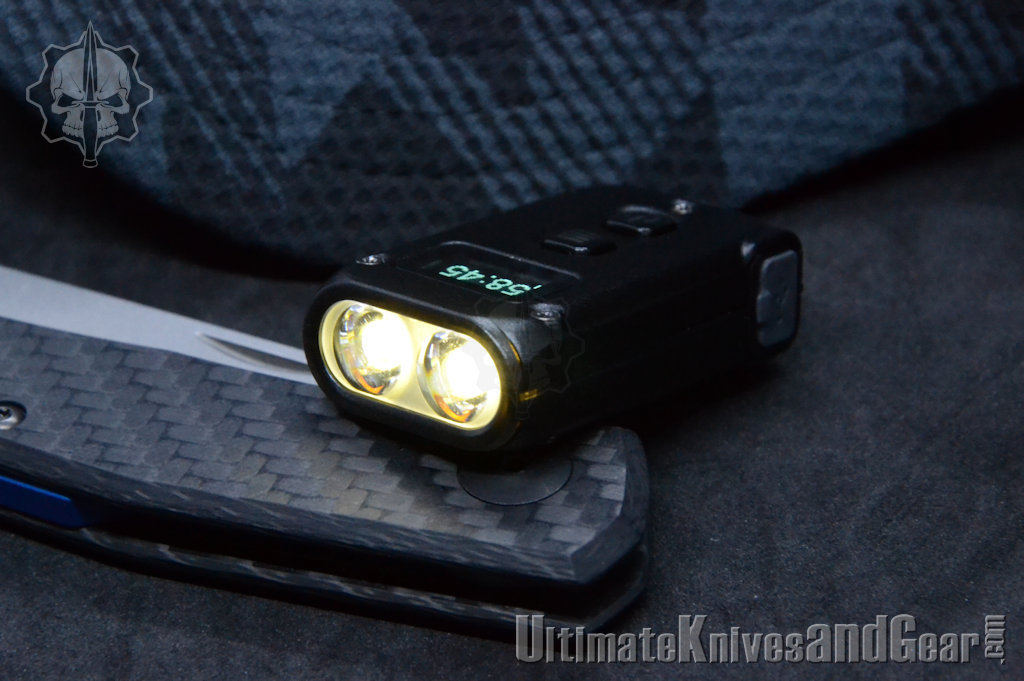 The Nitecore TINI2 features two different buttons: the first designated for switching on and off, while the second for selecting the light levels. There are 5 selectable intensities of which the first 4 (from 1, 15, 65 and 200 lumens) are programmable, that is, once selected, when the flashlight is switched on we will find the last one programmed. The 500 lumens that correspond to the maximum intensity are present only in the "turbo" function: by holding down the selection button the flashlight will work to maximum power, this helps both the energy expenditure of the battery and the heating of the flashlight itself. For each selection made by the user, the OLED display will show not only the selected lumens, but also the charge duration in relation to the light level in use. 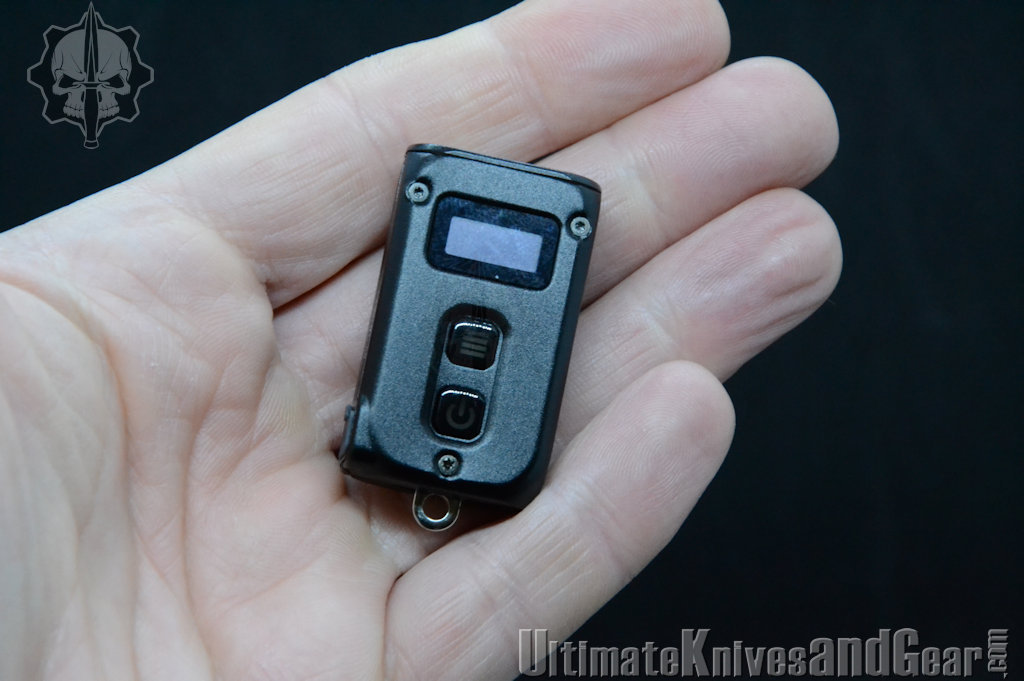 There are two different operating modes called "Daily" and "Demo". While in Daily mode the flashlight remains on at the user's discretion, in Demo mode the power time will be 30 seconds (the time is shown on the display).
To avoid unwanted switching on, it is possible to program the key lock in two different configurations (Half Lockout Mode and Full Lockout Mode). The locking system takes place by holding down the power button for a long time and selecting on the display which of the two safeties we want to use: with Half Lockout Mode it will be possible to access only the TURBO function, while with Full Lockout Mode both the power and selection buttons will be disabled. The release, in both modes, will take place by acting on the power button with a double pressure, the first fast and the second prolonged.

The TINI 2 has incorporated the ATR system (Advanced Temperature Regulation) to adjust the output power by adapting to the surrounding environment and the APC technology (Advanced Power Cut-Off) to reduce consumption when not in use. The built-in 280mAh Li-ion battery is also equipped with an integrated charging system via USB-C port (cable not included in the package); during charging, a LED will show the status and automatically turn off when charging is complete. The charging system automatically prevents undervoltage, overvoltage and has built-in protection against short-circuits. The small Nitecore withstands falls up to one meter in height and meets the IP54 waterproofing standard (withstands dust and light splashes of water).
The retail price of the Nitecore TINI2 is 45 € 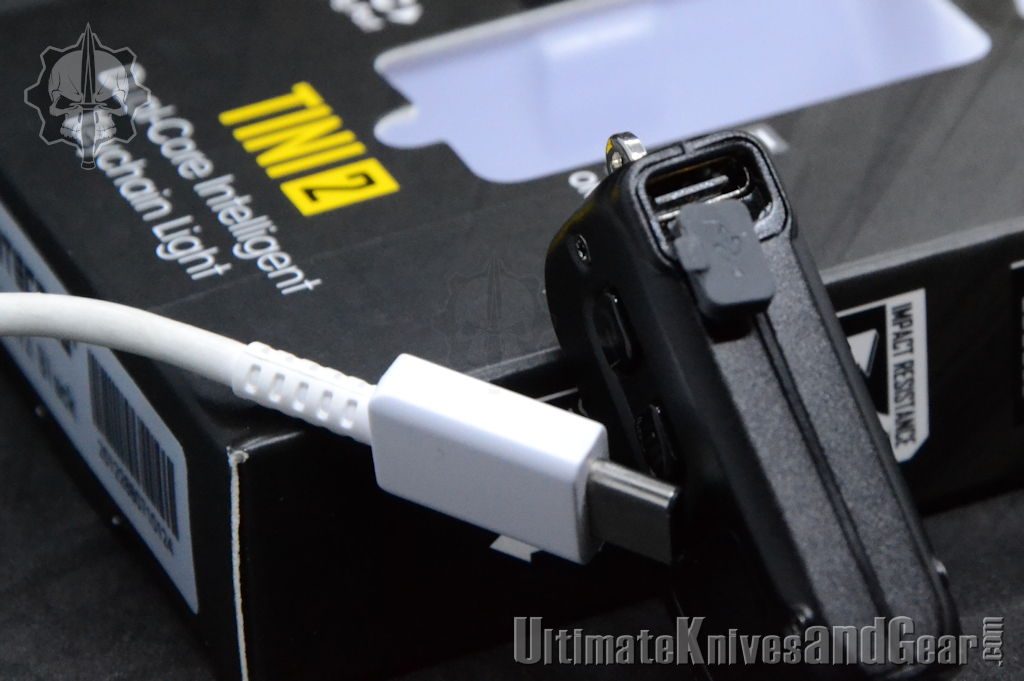 We tested the TINI2 both indoors and outdoors in poor visibility conditions: in both cases, the flashlight did its job optimally. Not being equipped with a reflector, the light beam is quite open, allowing good illumination of the area close to where you are working. 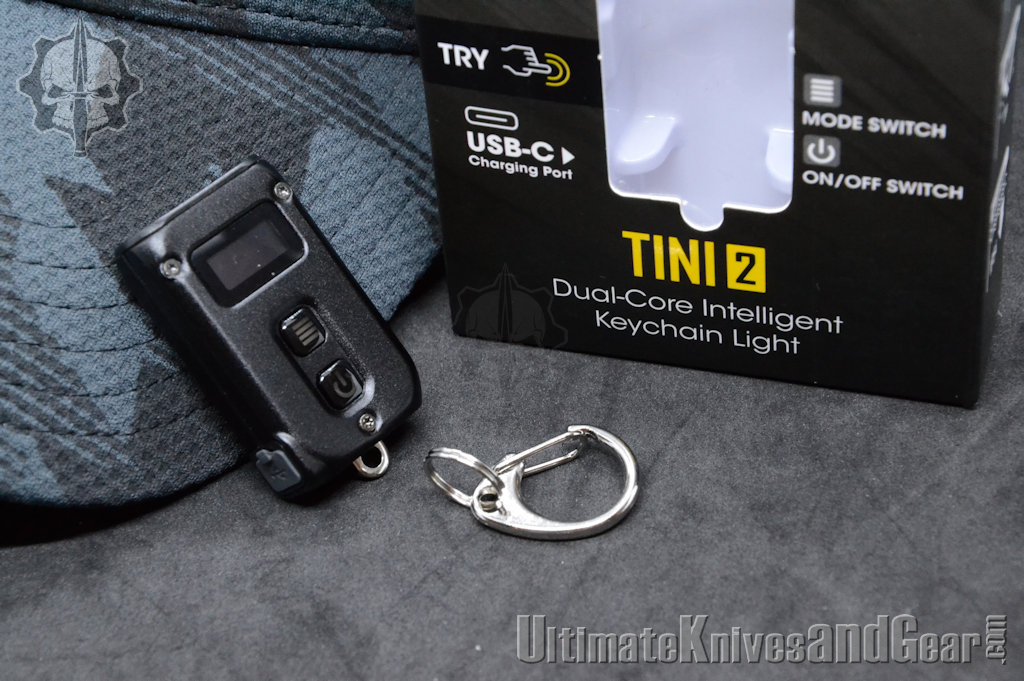 Whether you decide to attach it to your backpack or use it as a keychain (it is in fact equipped with a ring resistant to 30 kg of traction and in the package there is also a small steel carabiner), the TINI2 is certainly an excellent flashlight to always have with you, because despite its small size it offers respectable features. The possibility of programming the light levels and being able to monitor the residual charge in real time are a considerable advantage, as is the USB type C charging system that allows you to use easily the smartphone cable. In addition, the quality / price ratio is very good.