The American company ASP (Armament, Systems & Procedures), was founded in 1976 by Kevin Parsons, who began his career as firearms and defense tactics instructor of the Police Academy, and subsequently he ideated training systems for American law enforcement. A team with experience in the military and law enforcement sector complements the company’s leadership.
Peculiarity of the ASP is not exclusively the production of high quality equipment, but also the development of training activities aimed at the correct use of the individual products proposed.

The Spectrum is the ASP’s first-ever multi beam-color tactical flashlight. In addition to its primary white light, it offers red, green and blue beams, as well as a low level (15 lumen) and strobe, for a total of six available modes. 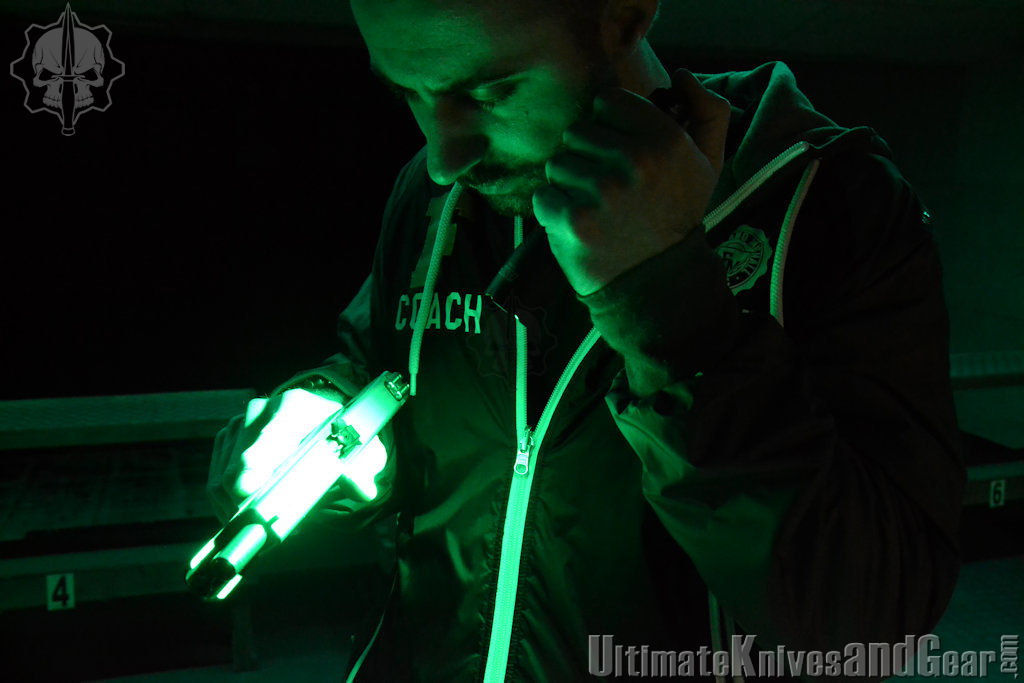 It’s machined from 6061 T6 aerospace aluminum and type III hardcoat anodized in a proprietary matte black finish. The barrel is wrapped in our exclusive, all-weather foamed vinyl grip. The pocket clip, in polymer, is replaceable and reversible in order to customize the carry (lens up or lens down). 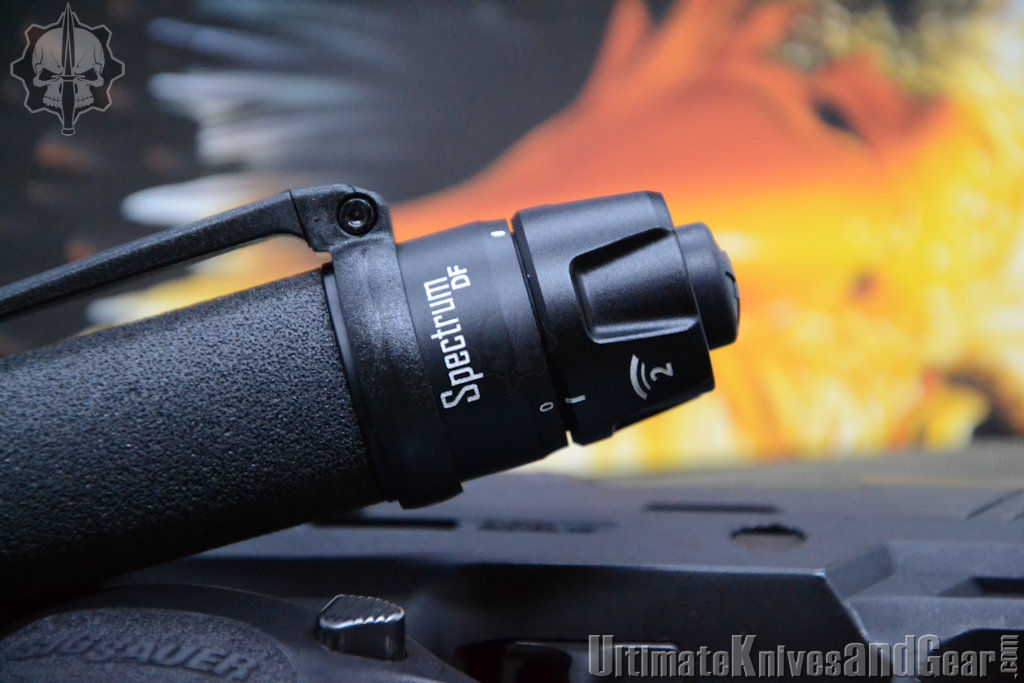 The power-on button is located at the top of the flashlight (tail cap). Through the three position rotary sleeve, positioned just below the tail cap, it’s possible to select between momentary lighting, fixed light or blocking, the latter to prevent inadvertent power-on during the flashlight extraction.

While the 300 lumen white mode is the default setting, the user can program a secondary mode and activate it by double tap on the tail cap.

Access to the gray selection button takes place by rotating the bezel; once has been selected the desired color or function, simply screw it again to make it operational. 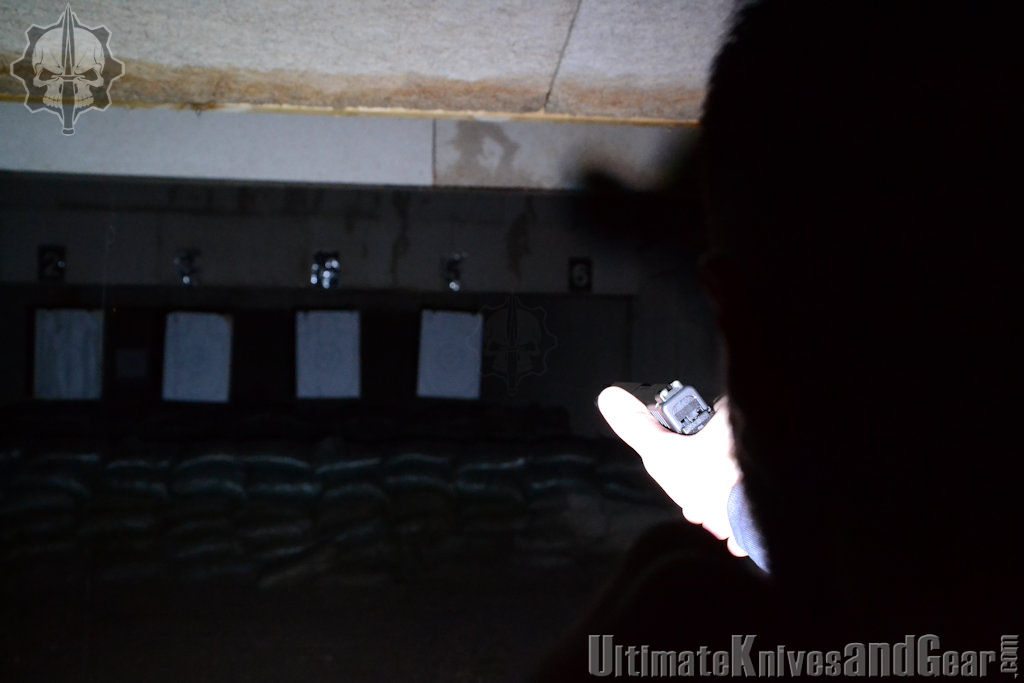 We tested the Spectrum DF at the TSN in Busto Arsizio (Italy) using dynamic shooting "classic target", placed at different distances. The particular glass lens makes the ambient lighting uniform and the 300 lumens ensure good visibility at medium / short distances which, given the type of use, are more than sufficient; in case of prolonged use, there is a significant increase in temperature near the flashlight head. 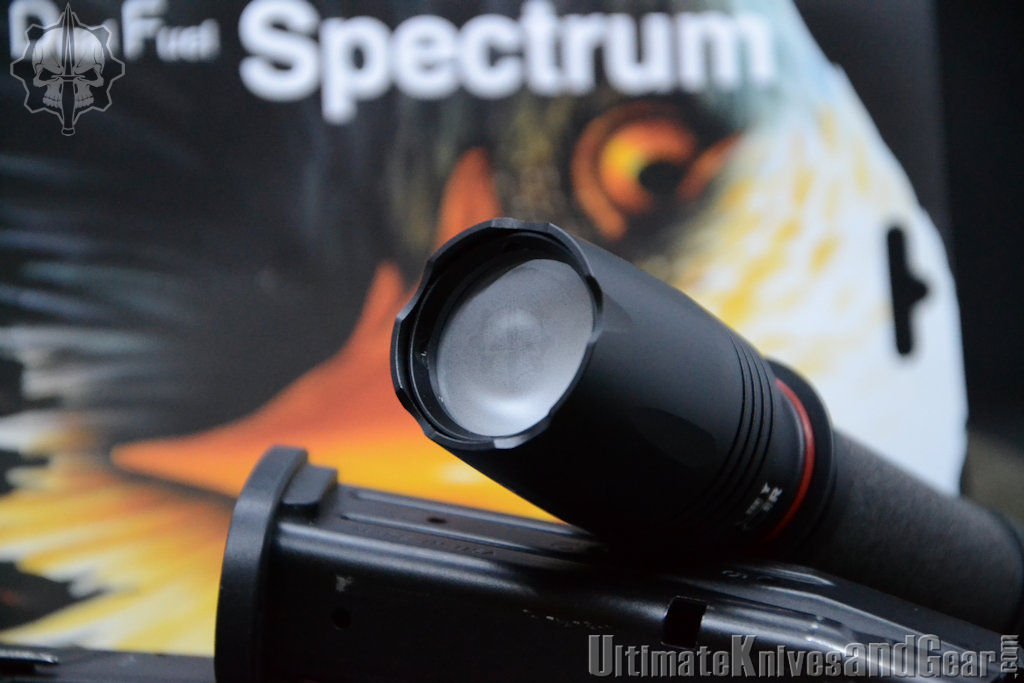 The foamed vinyl grip is comfortable, the power button is well proportioned and easy to use both by selecting the momentary on and the fixed light. Instead, a little practice is needed in switching from primary to secondary light, in fact the "double tap" was not so intuitive.

The battery recharging system is an added value; the colored LEDs provide an immediate assessment of the battery consumption, a fundamental detail for the operator during his service. The 3-position twist selector for the lighting type and the locking system to avoid unwanted power-on are very interesting; its positioning near the tail cap makes the quick action avoids having to change the flashlight grip during the action. Such a large selection of colored beams is an interesting feature, that few products on market offer. 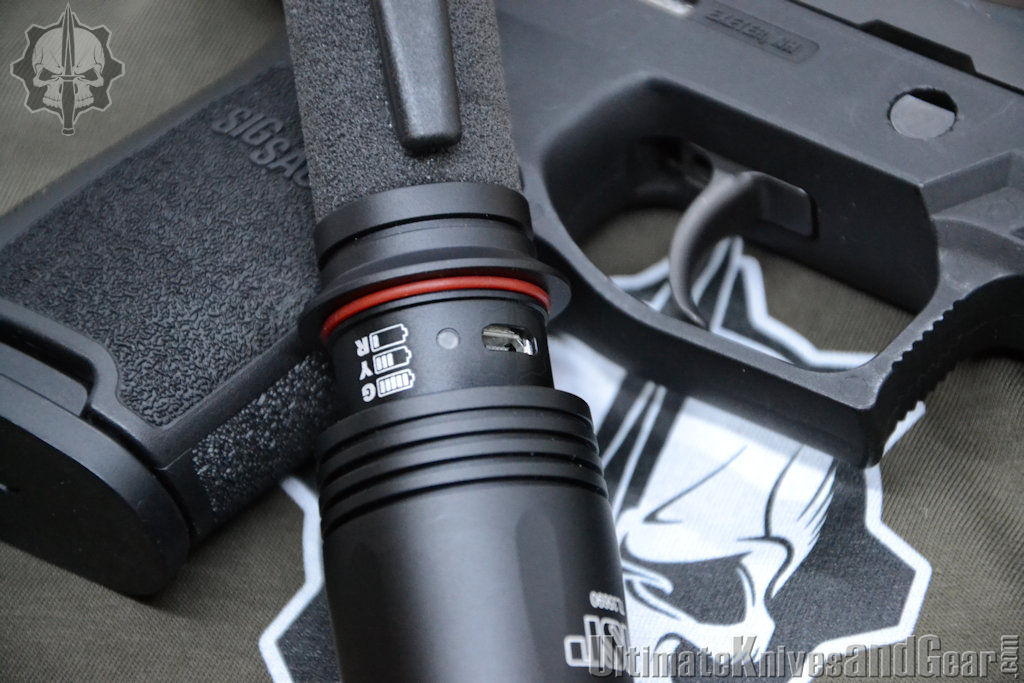 The ASP Spectrum DF is a robust flashlight in which the operating characteristics immediately recall tactical use. The ASP company, in wanting to create a product that is simple and intuitive to use, had to make very precise choices regarding the flashlight functioning: if on the one hand it has favored a simpler selection between fixed or momentary light, on the other it has reduced to the essential the immediately available lights of which the primary is the white light at 300 lumens and only the secondary remains at the operator's choice. 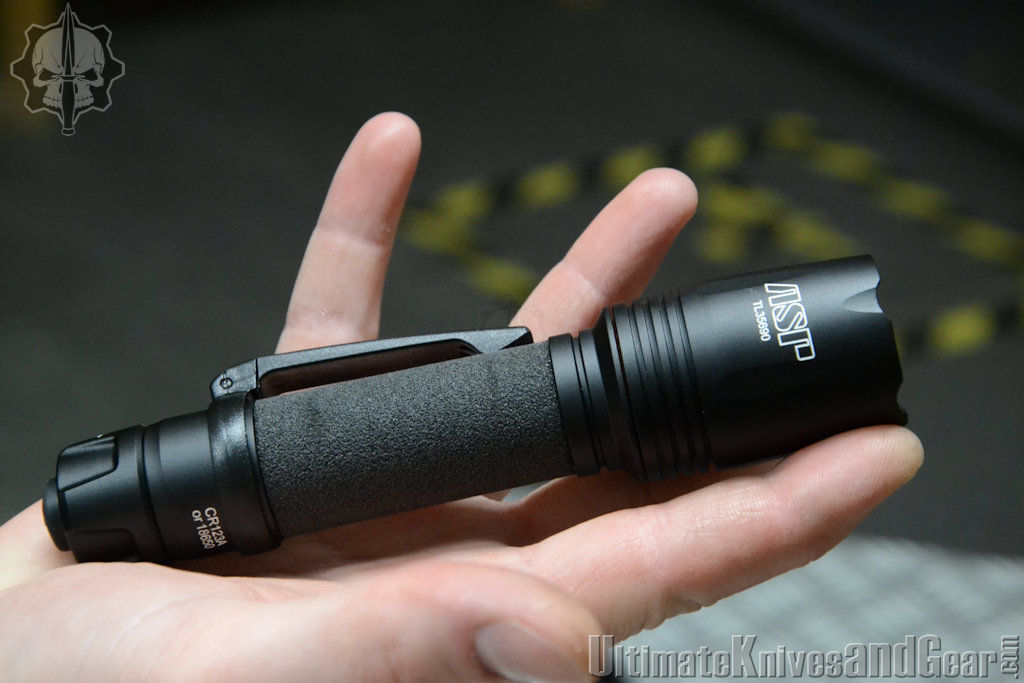 In Europe, the retail price of the ASP Spectrum DF is € 130