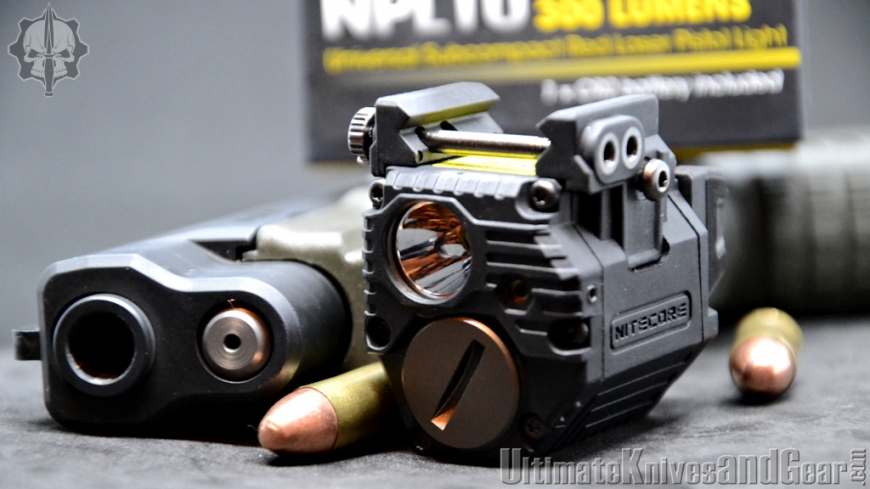 In the firearms sector, the market segment dedicated to accessories is becoming increasingly important. It happens more and more frequently, especially on social media, to see specialized craftsmen and emblazoned companies, to offer aftermarket articles dedicated to both long and short firearms.

The section dedicated to enlightenment certainly does not escape this phenomenon, indeed it is more than ever involved. Nitecore, a leading company in the production of led flashlights, enters full rights in this field with the NPL10 pistol flashlight.
Nitecore Italia presented the prototype in Italy during the HIT fair in February 2018, but only a few days ago it is being distributed, this time interval has served the Chinese company to make further improvements to the product. 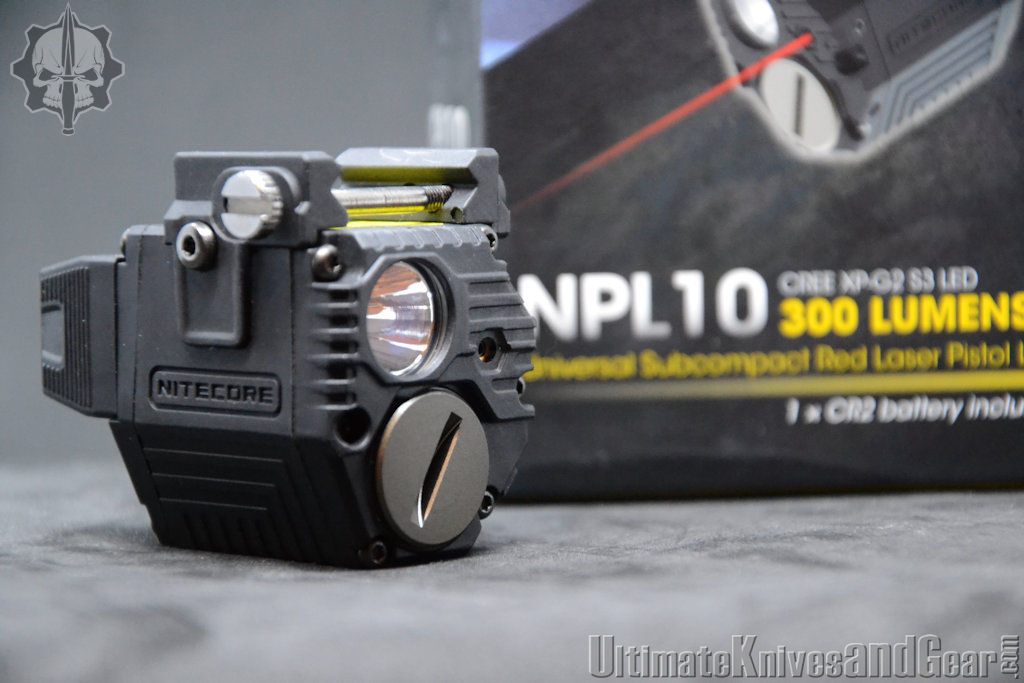 Built in Type lll black anodized aeronautical aluminum, the NPL10 with its 5.3 cm in length and 3 cm in width is incredibly compact. Thanks to a universal attachment the flashlight can easily be fixed to the Picatinny and Weaver rails. Unlike the prototype model, the maximum power has been increased from 240 to 300 lumens with a range of 88 meters, while the red laser (635 nm) remains unchanged and can be used individually or in combination with lighting. There are two light intensities: 300 lumens or alternatively 40 lumens. The adjustment of the laser collimation takes place through two Allen screws on the left side of the flashlight. The NPL10 is equipped with a Cree XP-G2 S3 led - with a life cycle of 50,000 hours, a hardened glass lens with anti-reflective coating and a head with PDOT (Precision Digital Optics Technology) finish. 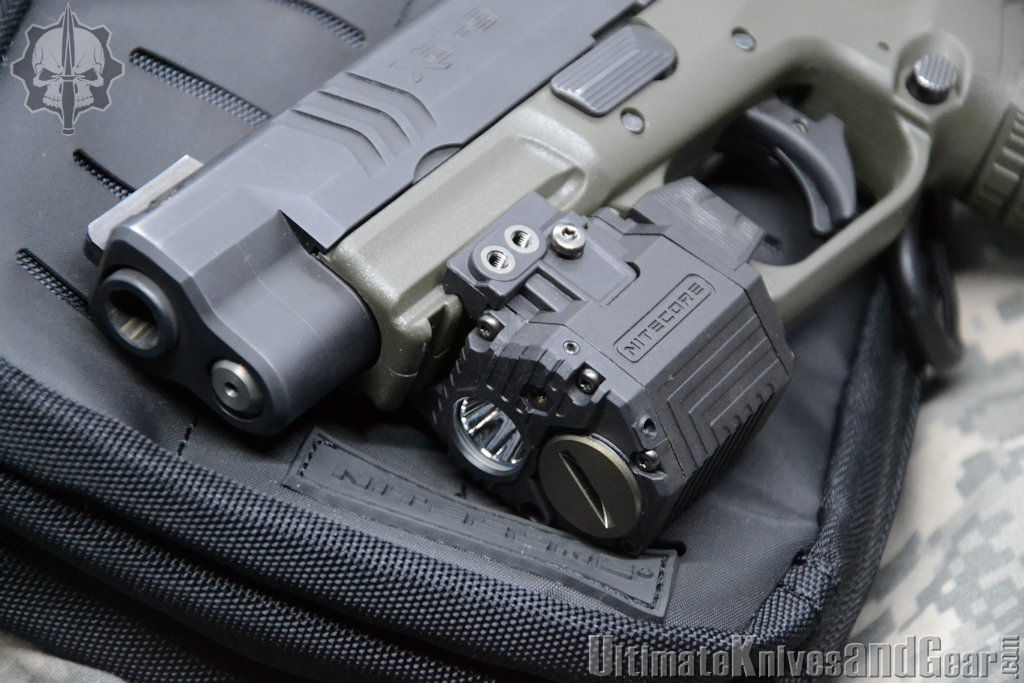 The on/off and selection ambidextrous controls, consist of two vertical ABS fins, which are positioned on the sides of the trigger guard. The selection of the light intensity and / or the use of the laser is done by slightly pressing one of the fins, once the choice has been made, the switching on and off will occur with a more marked pressure of the switch itself. The 300 lumen strobe comes into operation via extended pressure.

The Nitecore NPL10 is powered by a 3.0V CR2 battery (included in the package) whose housing is located at the front of the flashlight. It is resistant to falls of 1 meter in height and waterproof according to the IPX6 standard. In the package there are both the Allen key for collimating the laser, and the Torx key for the clamping it to the rail. 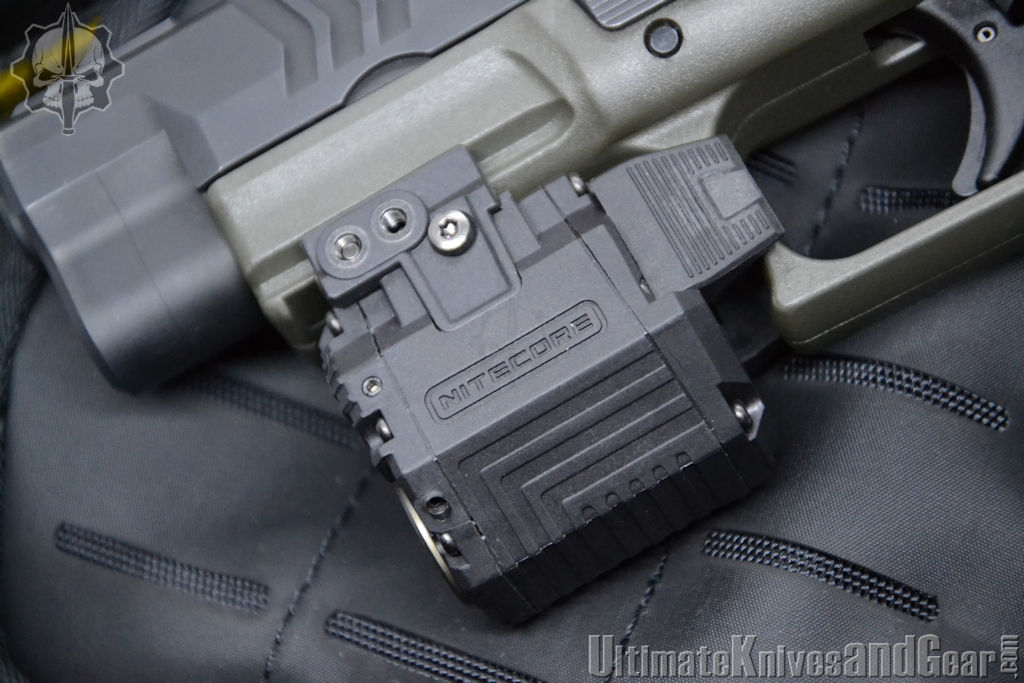 The product in question is really interesting, the technical characteristics and the price make it competitive compared to other products of the same range. The intensity of 300 lumens, given the type of use, is excellent, as the possibility of using the strobe function. The laser, alone or in combination with the light beam, leads to point the target instinctly. The two vertical switches, if well positioned, are easy to access with both the strong hand and the weak hand, moreover, their recessed profile does not affect with extraction of the gun, avoiding accidental turning on of the flashlight. The small size of the NPL10 makes it suitable to be mounted both on sub-compact and full-size pistols; the correct distance from muzzle, avoids the "smoking" effect of the lens.

The only drawback is the function selector that requires a certain practice to be used at best, especially when wearing gloves. Probably having the possibility to separate the selection / on-off actions in a clearer way, would have given even more value to an object already in itself very good.