The training marker knife entirely made in Italy.

Knife fighting is a relatively recent discipline. The problem that has always been faced was that of being able to take advantage of a sufficiently realistic training practice, to be able to give the right technical background to the students (whether they are sports or military) and, at the same time, to preserve their safety during the activities.

Over the decades, various training aids have come and gone which, in most cases, consisted of reproductions of knives made with shapes and materials that are not particularly harmful. All of these combat training aids had an obvious problem: they did not give a persistent perception of where the blow had been inflicted on the training partner. Certainly wooden knives, or other rigid materials, could inflict visible wounds after some time in the form of bruising, but they certainly could not represent a didactic solution to be able to comment in real time during training.

Then, in the early 90s, we moved to simulacra in more or less rigid rubber, which also offered the possibility of coloring the edge with colored chalk. In the following years, other solutions followed, but all were based on leaving a "colored mark" on the opponent's body. In some cases there was the phenomenon of the use of felt-tip pens instead of knives simulacra, the first of which was Paul Vunak with a series of videos from the early 90s dedicated to the subject.

For practical purposes, is having a permanent visual reference on the body of the person during the training of a martial practice based on weapons actually useful?
The question offers food for thought that may have different answers, even in contrast with each other. Usually those who adopt this training method with "marker" simulacra, tend to emphasize the visual side of the "virtual wounds" inflicted, that is, they tend to set the training topic on the concept that a blade is a treacherous weapon and that few instants can cause dozens of stab wounds. Seeing these statements displayed on a person, who is then literally covered with stripes of color on their arms, abdomen, legs and neck, can be a good way to impress novice students and make them understand the seriousness of the topic.

From the point of view of technical progression, in my opinion, a "marker simulacrum" is useful for the first approaches to weapon handling. The Filipino Martial Arts, for example, place an extreme emphasis on the precision of the anatomical portions that need to be hit in order to be effective. If we say to a student, for example, that the opponent's forearm must be cut to make an entry into his guard, it is important to immediately memorize which exact portion of the forearm must be hit. The effectiveness of a single cut on the functional anatomy of a limb changes enormously in the space of a few centimeters. We must not be satisfied with “having come close”, we must get used to being precise, even with movements at high speed. Here, for the students, a training marker knife can be very useful to make it clear from the beginning if the hit the wrong area.

For more experienced practitioners a training marker knife is not particularly useful in training, but it can be in pure sparring sessions. In the Filipino Martial Arts pure sparring is not universally accepted as a training method, as it puts students in an incorrect mentality of combat, that is, that of dueling. On the other hand, sparring has the undoubted advantage of developing the following skills: breathing management and hand / eye coordination in contexts of activity over time. In these cases the marking of the hits leads to a sort of counting of the points that can be applied to give a regulation to the sparring itself. From this type of training to reaching knife fighting tournaments, the step is short, and in fact in these cases the markers are essential.

After this introduction that contextualizes the use of marker training knives, let's get to the heart of the topic, analyzing the characteristics of the Panther knife produced by Red Claw. 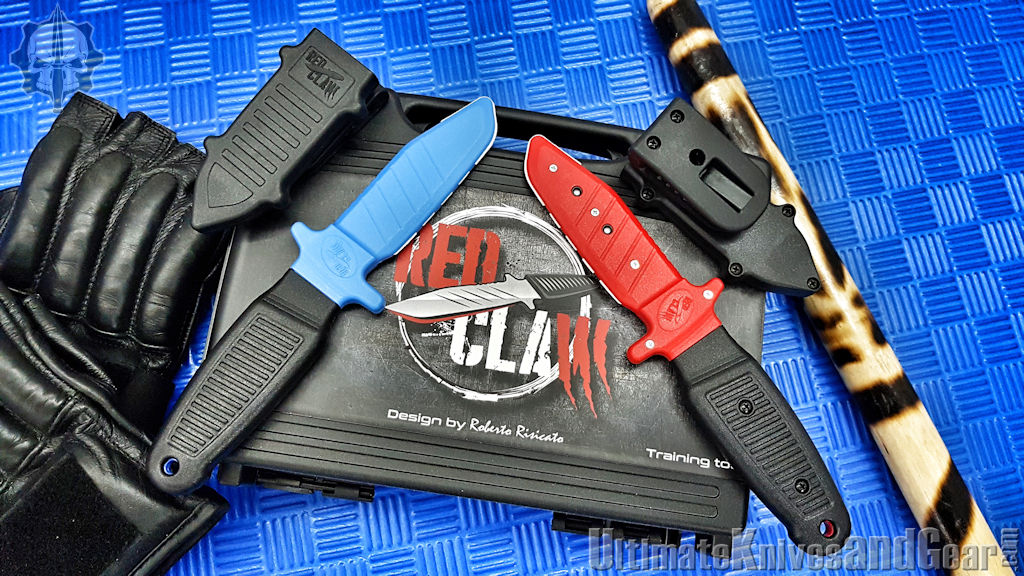 This training tool was born from the idea of Roberto Risicato, founder of the Red Claw brand specialized in the production of specific tools for training and personal defense.

The Panther is a simulacrum of a knife with a rather classic shape, equipped with a slightly asymmetrical double guard and with a 95 mm long blade, a thickness of 7.75 mm for a total length of 228 mm.

It consists of an external fiberglass reinforced nylon shell, and inside there is the absorbent fiber on which the ink is applied through the two holes on the external shell (it is therefore not necessary to disassemble the knife every time you need to add ink). The absorbent fiber protrudes slightly from the blade in the whole area of the cutting edge, the tip and extends up to the swedge. 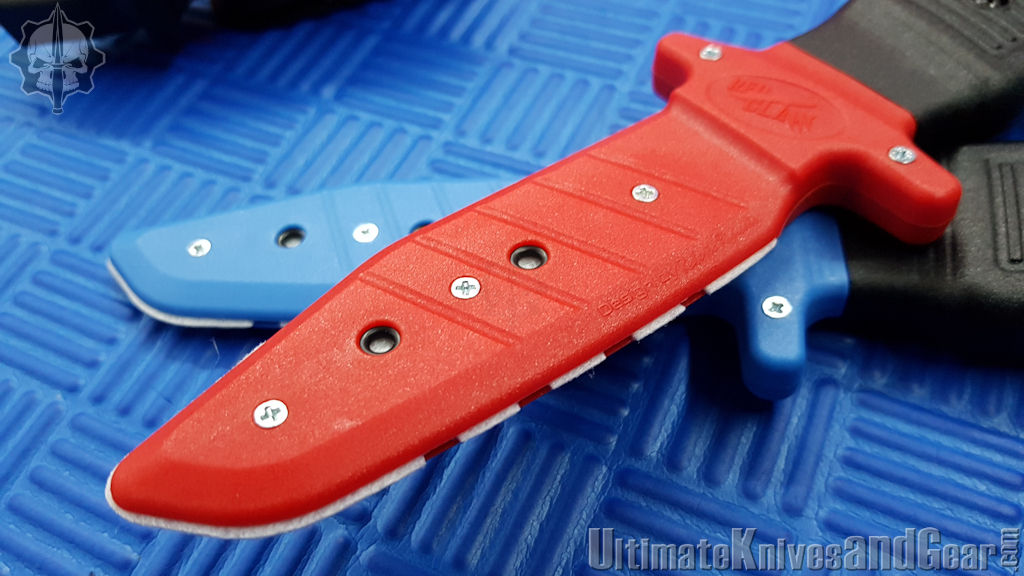 The Panther's concept is developed on the assumption that, in addition to leaving irrefutable traces of ink when the blade passes, the simulacra should have a weight comparable to that of a real knife. The most popular plastic / rubber training knives on the market are in fact very light, and induce a very different perception and handling during training from that of a real knife.
To limit the difference in weight with real blades, the Panther is equipped with a steel insert that covers the entire length of the knife, giving it rigidity and a total weight of 150 g (not very far from what would be the weight of a real knife with the same size). 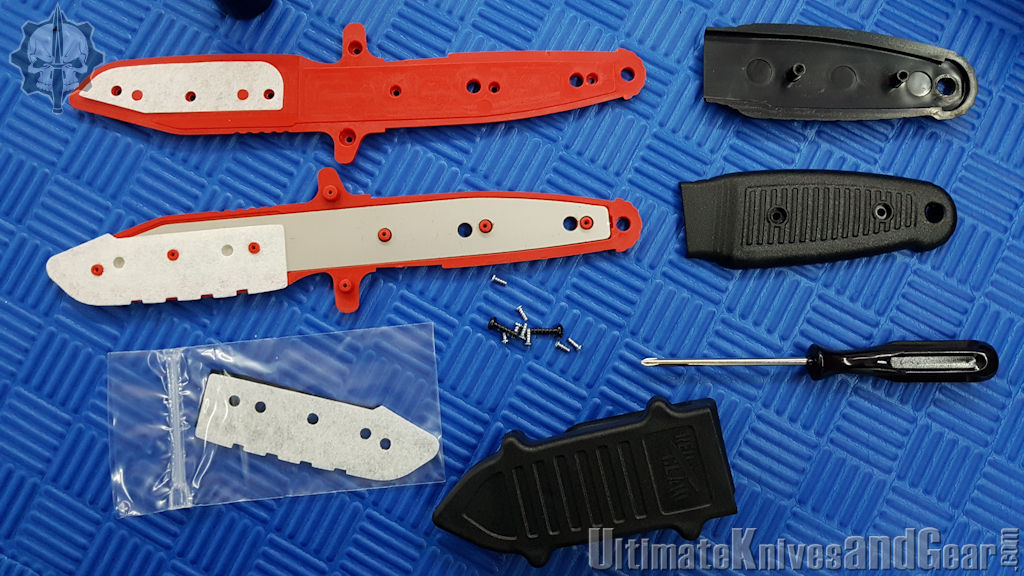 The handle features a 3D striped texture, which improves the grip on the instrument. From an ergonomic point of view, the handle may not be particularly comfortable depending on the size of the hand, since it is characterized by a not very pronounced finger groove as well as by a rather wide conformation in height but of reduced thickness. 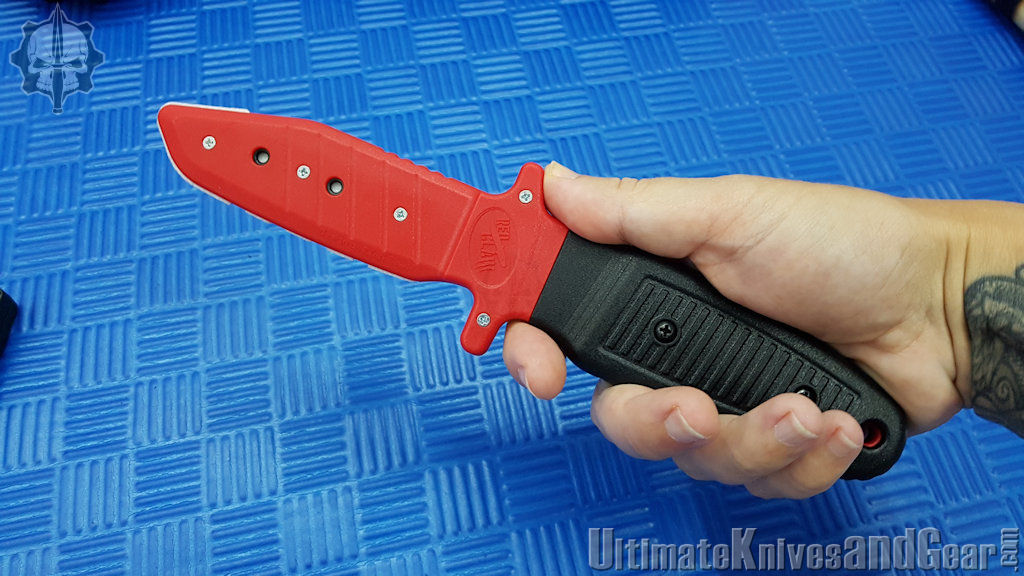 The training knife is supplied with a sheath, also made of polymeric material, equipped with a clip that rotates 360 ° allowing you to position the tool as desired. 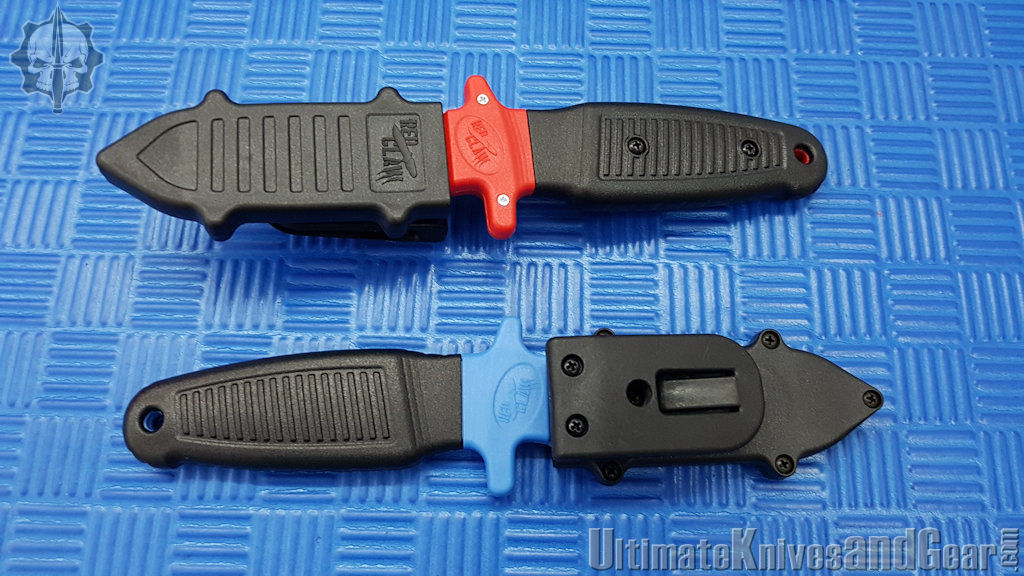 After loading the ink into the simulacrum (which requires a little more patience when it is first used for the ink to spread over the entire absorbent fiber), we used the Panther during a training session. The marks left by the marker knife, both on the fabric and on the skin, are clear and accurately highlight the hit areas and how the "cut" was made. 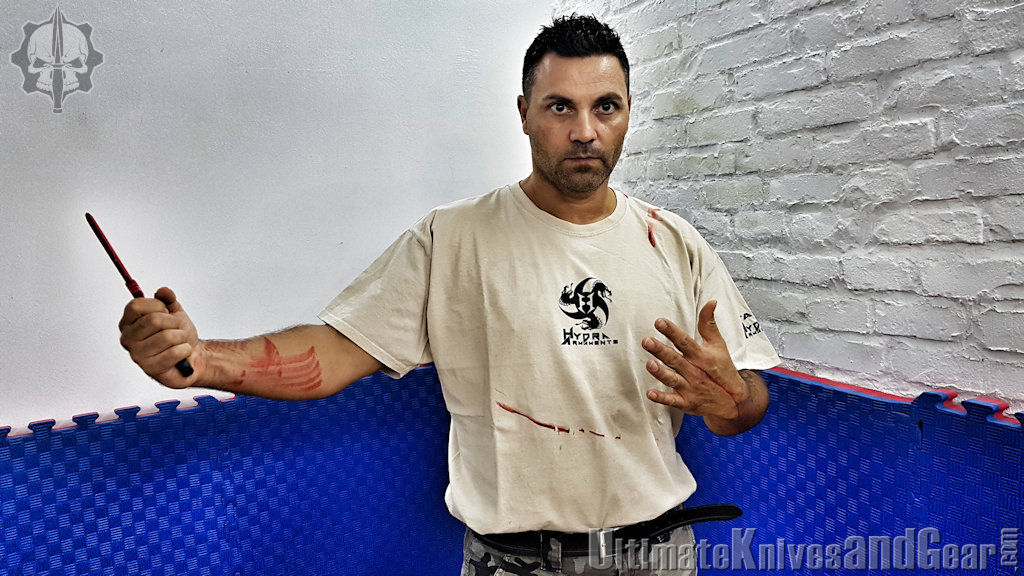 The absorbent fiber is also placed in the tip area and on the blade swedge, thus extending the effectiveness of the instrument for demonstrating various techniques. The ink provided is super washable for children, so you will not have to call the exorcist to calm your wife when you show her the ink-smeared t-shirt.

The Panther is sold with a handy case containing the entire kit: knife and sheath, vial of red ink (super washable for children), the screwdriver to disassemble the knife, a spare insert of absorbent fiber and instructions for use. 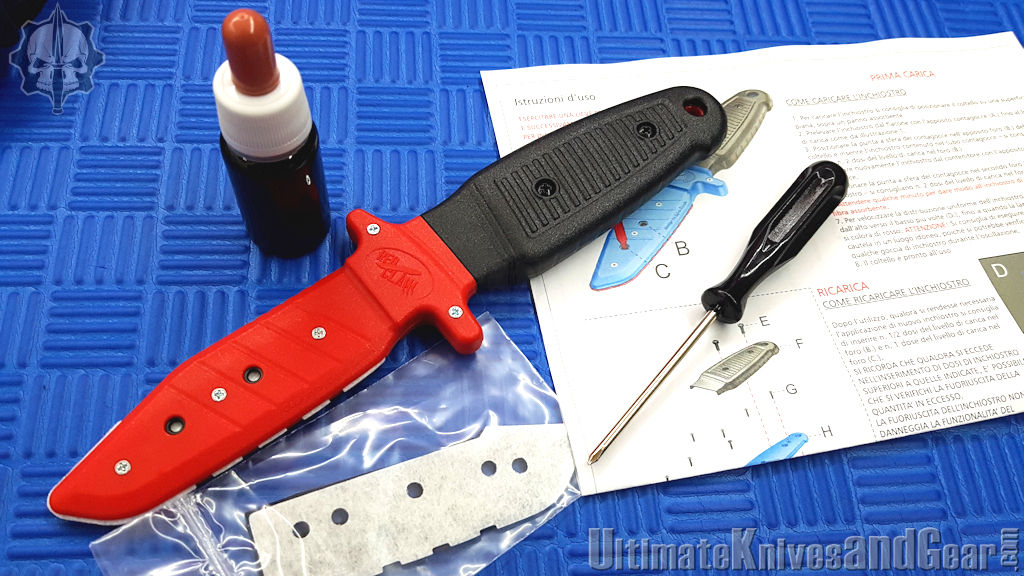 The single kit, with the knife available in 3 colors (red, blue and black), has a retail price of 69.90 euros, while the kit containing two knives has a price of 135.50 euros; the products can be purchased directly on the Red Claw website.

Special thanks to Fulvio Cenci and Davide Bachetti, who appear in the video and in pics.